31 MUST KNOW Facts about the History of Berlin! 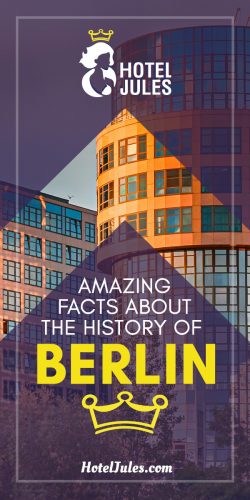 Berlin is a bright light and stands now as the “City of Freedom!” Although it has a dark past, of intolerance and well, Nazi’s…. Berlin has come to represent all people from all walks of life. But there is obviously more to Berlin than just the darkness of war and repression. There has been, and still is, fabulous art movements, museum islands, and symphonies!

Together we will dig into Berlin’s past, both the light and the dark. Let’s take a deep dive into the interesting history of Berlin! 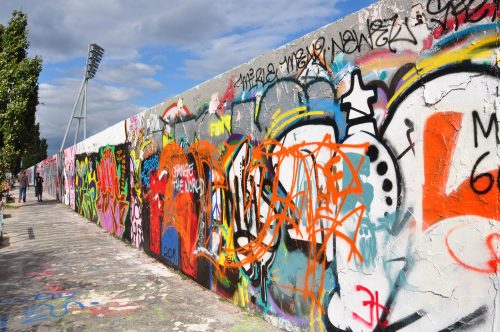 The Berlin Wall was constructed by the German Democratic Republic (GDR) to separate West Berlin from the rest of East Germany. The wall was erected in 1961 and stood tall and proud until the demolition began in 1990. It took nearly 2 full years to knock that bad boy down.

The GDR authorities formally called the Berlin Wall the Anti-Fascist Protection Rampart. However, the West Berlin government thought it was more appropriate to call it the “Wall of Shame.”

Before the Berlin Wall was up and doing its job being a wall… over 3.5 East Germans escaped to West Germany or Western European countries. During the wall’s reign, over 100,000 people tried to escape, but only 5,000 people succeeded. That’s an 80% success rate. B- work there, wall.

After demolition, the wall was repurposed into building materials throughout Germany, however, a few hundred pieces were auctioned off to bidders and can be found all over the world. One of the pieces is even in a bathroom in a Vegas Casino! Urinals are mounted on part of the Berlin Wall!

Will you be in Berlin a while? Here’s your guide to the top day trips from Berlin for exploring the area! 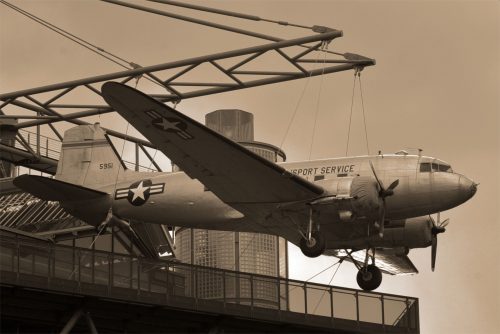 After WWII, the Soviet Union still blocked the Western Allies’ roads and railways access to Berlin under Western control. They even blocked the canals! So that left just one route: air! So, the Western allies organized the Berlin airlift.

The Berlin Airlift included the USA, UK, France, Canadian, New Zealand, Australian, and South African air forces. These aircrews teamed up to provide provisions to the people of West Berlin. There’s not just safety in numbers, there is strength!

It’s a good thing the Western Allie’s air forces made such a good team because they did 200,000 drop-offs in one year. Dropping off almost 13,000 tons of provisions. The original plan was to drop off 3,475 tons. They didn’t shoot for the moon, but they sure landed somewhere around there.

Just why did the Soviet Union let the airlift continue without conflict or disruption? Despite the fact that they outnumbered the allies in Germany, they were worried that if they messed with the airlift open conflict would ensue. I for one am happy they were chickens!

P.S. – These are the 35 INCREDIBLE tours in Berlin! 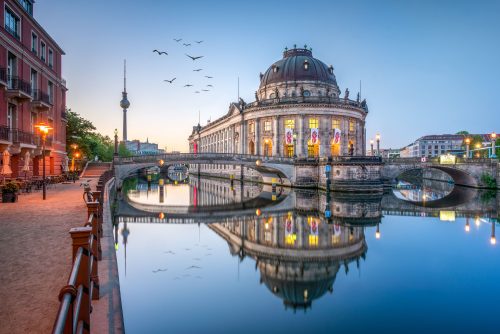 Berlin is home to a museum island! There’s a small island in Berlin’s Spree River, and there are five museums erected there dedicated to art and history. The first museum to call the island its home was the Altes Museum, which opened way back in 1830!

The ensemble of all five museums on Museum Island was completed in 1930. Taking a perfect 100 years from start to finish for all the museums to have a happy, snuggly home together on Museum Island.

Clubbers assemble! These are the coolest clubs in Berlin!

The Neues Museum on Museum Island is proud to display the Bust of Nefertiti, an ancient Egyptian queen who was responsible with her husband, the pharaoh, for establishing the Aten cult. Her name means “the beautiful woman has come,” and her smile has been likened to the Mona Lisa’s: mysterious and enchanting.

The Pergamon Museum is an art museum on Museum Island and is the most visited museum in Berlin. But how did it get its name non-German name? It takes its name from its main attraction, the altar of Zeus from Pergamon!

Want to see the best of Berlin?!? Check out our guide to the best Museums in Berlin! 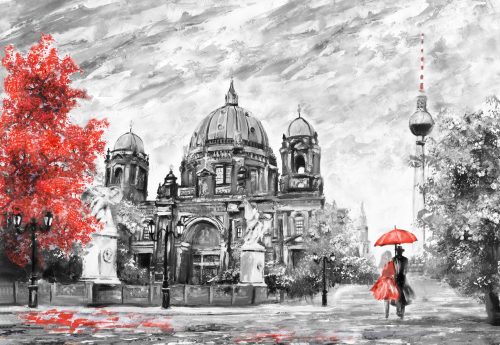 Bauhaus was an art school that was operational between 1919-1933 and was unique in that in mixed the worlds of crafts and fine art. The name translates to “building house” and was founded with the purpose of Gesamtkunstwerk which is a mouthful! And means “total work of art,” meaning that all the arts are brought together.

Dadaism is an art movement that was in reaction to WWI and was avant-garde and almost anarchist. It’s all anti-logic and all anti-reason. However, it’s still up in the air how the movement coined its name. A popular story is that German artist Richard Huelsenbeck simply slid a letter-opener into the dictionary and randomly pointed to the word “dada.” Why not?

You won’t believe this… Here are 32 facts about the history of the Berlin Wall!

In the early 1900s two art groups formed in Germany, The Bridge and The Blue Rider. These expressionist painters went about their art in different ways, clearly. The Bridge was all about woodcuts and medieval craft and The Blue Rider was more about theory and spiritual expression. However, they both shared, apparently, utopian leanings. No matter which group you belonged to, it sounds like they all were dreamers.

Plakatstil was a style of poster design in Germany that first kicked off in the early 20th century. The name translates simply to “Poster Style” and is known for it’s bold, straight, and simple designs. The name meaning definitely matches art style. I like trying to say it out loud though: Plakatstil! Sounds a little like a spell from Harry Potter to me.

MUST READ – Heading to Berlin next? Check out our post about the things to do in Berlin!

Facts about the Berlin Philharmonic Orchestra

It only took 5 years after the orchestra’s formation for a lady to take the lead! In 1887, Mary Würm, a pianist and composer conducted the orchestra! Way to go, Mary!

#19 – Destruction Couldn’t Get Them Down!

During WWII, their concert hall, the Philharmonie, was bombed and completely destroyed. But the show must go on! The orchestra continued to perform, even during WWII itself! In 1963 their new concert hall was finished.

The orchestra has had many incredible conductors, including Leo Borchard who succeeded Wilhelm Furtwängler. Poor Leo was shot by a stray bullet an American had shot while occupying Berlin in 1945.

The Berlin Philharmonic Orchestra frequently is ranked one of the top orchestras in the world and has won a plethora of awards from Grammys to Gramophone Awards. In fact, they usually rank number one. Yes, number one!

The new Philharmonie hall is a visually arresting pentagonal yellow concert hall known for its nearly unparalleled acoustics. It also is known for its ‘vineyard style’ seating which means that the audience is organized in balcony terraces that come up from a central orchestral platform. Vineyard style has nothing to do with wine lovers coming to the orchestra, unfortunately.

Editor’s Note – If you are going to stay in Berlin, you should check out our article about the best hotels in Berlin!

Population of Berlin Throughout History 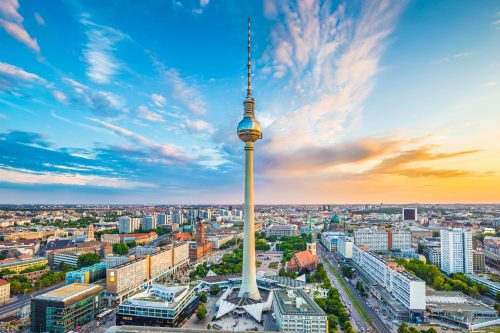 The first documentation of Berlin’s population was in the 1200s and clocked a figure of about 1,200 people. Evidence points to the fact that Berlin was occupied before that, but hey documentation is documentation!

If you want to have a few night’s out in Bar – check out our party guide to the best Bars in Berlin!

There’s a long history of people migrating to Berlin. Berlin has branded tax-free status and religious freedom to refugees as early as 1685. Now, there are many foreign populations represented in Berlin, chiefly being people from Turkey. Berlin is home to the largest Turkish community outside of Turkey!

In the 1920s German was the third largest city in the entire world! Who knew?! Now it’s only the second most populated city in the European Union. Today the figure is around 3.5 million. Not cutting it for number one anymore, Berlin!

Editor’s Recommendation – You should definitely check out our guide on the Berlin’s 5 COOLEST neighborhoods!

History of Jews in Berlin 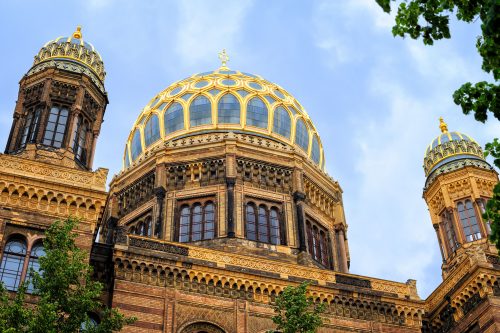 Jewish settlers came to Germany as early as the 5th-10th century CE. The Jewish community severely suffered during the crusades. Water wells were poisoned during the Black Death which led to mass slaughter. The end of the 15th century was a time where people blamed Jews for “all possible evils.”

Recommendation for shoppers! This is where to shop in Berlin (til you drop!)

After Napoleon fell in 1815, nationalism was at a huge high. The result was increased repression for Jews. Riots took place and quite a few of the German states took away Jews’ civil rights. A lot of Jews began to emigrate. The number of Jews is 1933 was over half a million.

When the Nazi dictatorship began in 1933, the number of Jews in 1933 was over half a million. About 60% of the Jewish community left Germany within six years of the Nazi rule. At the end of the Nazi regime, between 160,000 to 180,000 German Jews had been killed. However, a total of 6 million European Jews were killed by Nazis and their collaborators.

#31 – The Jewish Community In Berlin Today

There was a large emigration of Jews coming back into Germany in 1990. In Berlin, there are approximately 120,000 Jewish people, which is 60% of the total Jewish population in all of Germany. And 80-90% of the Jewish population are Russian speaking immigrants that emigrated from the former Soviet Union.

Berlin definitely feels the weight of its history. Over 80% of the city was destroyed in WWII bombs. And a lot of the buildings that weren’t completely left in ruin, were left neglected for years after due to the Soviet influence. Despite this heavy mantle to wear, Berlin is full of spirit today. You can follow the yellow brick road around the city.

Okay, it’s golden bricks sprinkled throughout the city in front of shops and houses to show the names of its former inhabitants who were taken by the Nazi’s. But these golden bricks are like little golden lights that flicker and show the spirit of Berlin: open, honest, real, and still full of light.