21 AMAZING Facts about the History of Las Vegas!

Las Vegas is a city of many names, plenty of secrets, and more than a few sins. With nicknames like the Gambling Capital of the World and the City of Second Chances, you might know that: “What Happens in Las Vegas, Stays in Las Vegas.”

So why don’t we dig through some of Las Vegas’ dirty laundry and see what fun facts we can uncover about its history. We’ll span everything from history to the Strip to the weddings to the Miss Atomic pageants! Join the high rollers and let’s get rolling!

The History of Las Vegas 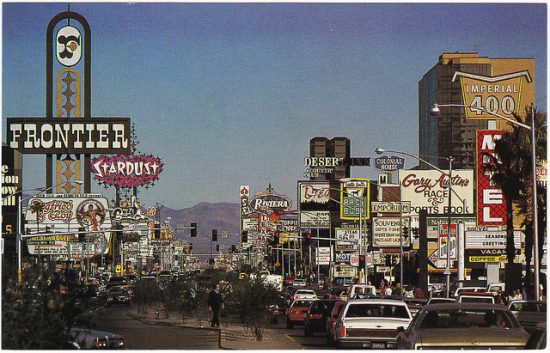 #1 – Of Course The Native Americans Were Here First

There is plenty of evidence, from baskets to pictographs that Native Americans lived in the Las Vegas Valley over 10,000 years ago. In terms of more specific history, the Paiute Tribe moved into the Valley around 700 AD. While Las Vegas is a relatively young city, it sure does have some ancient Native American ties.

Not yet booked your hotel? Take a look at our favorite hotels on the Las Vegas strip!!

Back in the year 1829, a member of a Spanish trading party was heading to Los Angeles and on the way he stopped by the Las Vegas valley for a drink of water. He then dubbed the area “Las Vegas,” a name in Spanish that translates to “the meadows.” While that is a very pleasant nickname, there are plenty more scandalous nicknames for this city these days!

Ready to party in Vegas?!? Here are our 11 favorite all inclusive resorts in Las Vegas.

#3 – How Casinos Came To Vegas

The Las Vegas settlement was actually established in 1905 after a railroad was opened that connected Los Angeles to Salt Lake City. However, it wasn’t until 1931 that urbanization really happened, due to the erection of the Hoover Dam. Young men flocked to the area for work and it was for them that the mafia built theatres and casinos.

That’s right! The mafia built the theatres and casinos, and pulled a lot of electricity off of the Hoover Dam to do it. They even started building hotels along the Strip! Yet, in 1966 Howard Hughes, an American hero in the aviation business, moved to Vegas and changed the game. He spent nearly $300 million and bought up tons of hotels, particularly those involved with the mafia! We have him to thank for making Las Vegas more cosmopolitan and family-friendly.

Which neighborhood will you stay in? Las Vegas has lots, so we’ve written a where to stay guide!

The History of Las Vegas Gambling 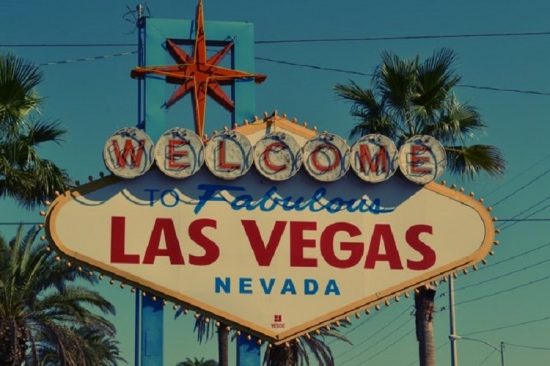 The state of Nevada legalized gambling in 1931. Las Vegas already had a small gambling scene and it was already poised to become the gambling capital of the world. The Northern Club was the first casino to get an official gambling license and soon other clubs on the popular Fremont Street got their licenses too.

You know what goes hand in hand with casinos? Pavement and traffic lights. Well that might not be exactly what you had in mind, it was exactly what happened back in 1931 when casinos and clubs officially got their gambling licenses. Fremont Street, the most popular street for clubs and casinos back in the 30s, became the first paved street in all of Las Vegas and it wasn’t long after that the city got its first traffic light during the same year.

It may have only been 20 years since Las Vegas was officially opened for Gambling business, but business was already booming! By 1954 well over 8 million tourists were visiting Las Vegas and spending around $200 million into casinos each year! For a dose of perspective, 42.1 million visitors visited Vegas in 2018. That’s nearly the entire population of Sudan, or the Ukraine. Wow.

Haven’t found what you’re looking for? Try our hotel guide for Las Vegas!

The History of Las Vegas Entertainment 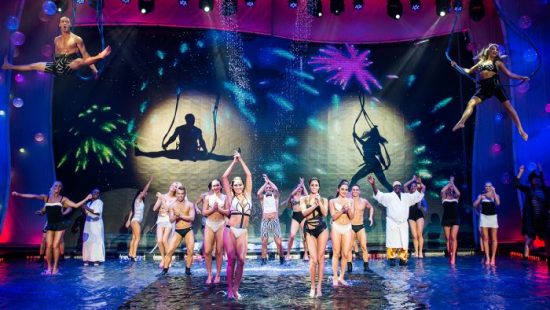 #8 – There’s Room For More Than One Star

By the 1950s, gambling was not the only claim to fame in Las Vegas. People were coming to Vegas in droves to see the biggest names in entertainment, both in music and film. Think Frank Sinatra and Bing Crosby.

While in the 1950s, entertainers were known to perform in more intimate style venues. These days, popular entertainers perform in huge arenas, like the MGM Grand Garden Arena with a seating capacity of over 17,000. Say bye-bye to the days of small and intimate shows in Vegas…

If you’re going to Las Vegas, take a look at some amazing things to do in Las Vegas while you’re there! 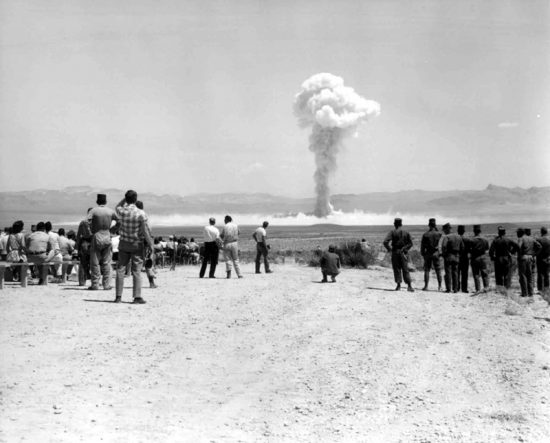 Las Vegas sure knows how to spin a story and how to get the tourists hungry for pretty much anything. When the U.S. Atomic Energy Commission decided to detonate explosions at the Nevada Test Site on January 27, 1951 the city of Las Vegas advertised it as a tourist attraction! The even mixed up some “Atomic Cocktails” at the high-rise buildings that offered the best view. With the right marketing strategy, anything is possible.

Over one hundred nuclear explosions were detonated near Las Vegas. You know what their Chamber of Commerce did? Well, the pushed for the city to get a new nickname: Atomic City. The city even held Miss Atomic pageants. Let’s forget about the danger and the huge risk of radiation, let’s just go to a beauty pageant instead!

The City of Las Vegas was so successful in marketing and advertising their atomic bomb test site status that they kept on letting bomb after bomb after bomb go off into their atmosphere. It wasn’t until 1963 that they finally thought, “Huh, maybe we should move these underground. They are pretty dangerous afterall.” But they kept on detonating the explosions underground all the way up until 1992. Las Vegas sure let that nuclear craziness run on for awhile, right? Hindsight is 20/20.

Excited to visit Las Vegas? Get excited to take an amazing day trip too!

The History of the University of Nevada Las Vegas 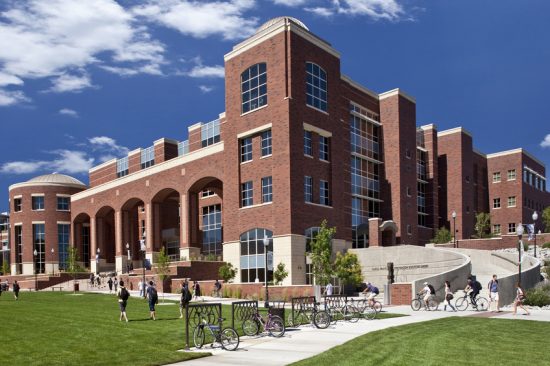 The University of Nevada, Las Vegas was first founded in 1957, simply as a branch of the University of Nevada in Reno. It became officially independent in 1969. When it first opened, the classes actually were held at the Las Vegas High School. In 1964, there were only 29 graduates that took part in the first official graduation ceremony. Talk about a small school!

If you were curious, the University of Nevada, Las Vegas sits only 1.4 miles away from the Las Vegas Strip. Interestingly enough, the University initially purchased 60-acres to build the site of the school in 1957. However,  at that exact same time, they purchased an additional 640-acres in North Las Vegas in preparation for further future expansion. Seems like this university was sure betting on more students signing up!

Want to go deeper? These great museums in Las Vegas are perfect for learning a little more.

History of Las Vegas and Desegregation 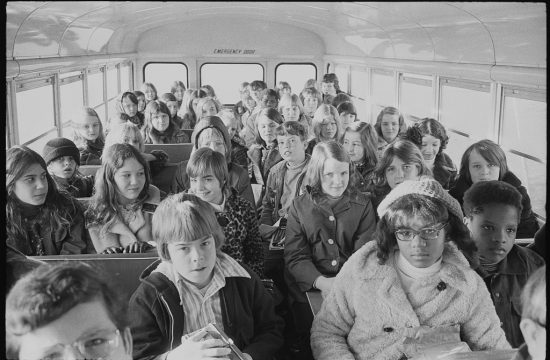 With segregation still strong across most of the country, Las Vegas had other ideas. In 1955, the Moulin Rouge club was opened in Las Vegas that was an upscale, elite, yet racially integrated casino. Unfortunately the club closed after just a year of opening, but that was only because of ownership problems and dramas. Back in 1955, the idea of desegregation was alive and strong in Vegas.

Total racial desegregation took place in Las Vegas casinos in 1960. To refresh your memory, there was official and total nationwide desegregation occurred in the USA in 1968. Why was Vegas ahead of the game? A huge proponent in Las Vegas was that there was no business advantage to excluding people from clubs and casinos. In fact, the crime groups who at that time owned and operated a majority of the clubs were minorities themselves! The understood what exclusion and derision felt like, so they rallied their support behind desegregation.

Rumor has it that Frank Sinatra and the Rat Pack were also proponents behind desegregation. As the story goes, Sinatra refused to perform at the Sands Hotel unless the hotel allowed Sammy Davis Jr to stay in a room there. This group was known to have done the same thing at other Las Vegas venues. Frank Sinatra sure knew how to stir up a scene! Gotta appreciate a man with modern thinking too!

Short on time? One of these tours in Las Vegas is the best way to see the most!

History of the The Las Vegas Strip 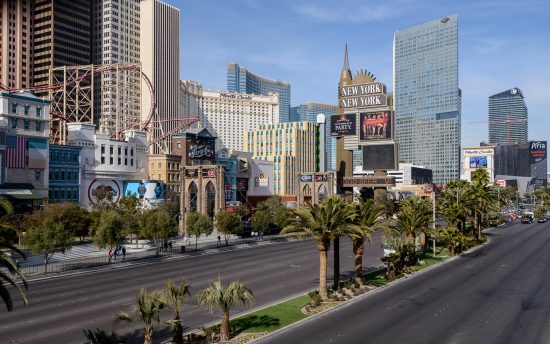 The Strip is about 4.3 miles in length and is known for having the highest density of the biggest casinos and resorts in the world are on the Strip, even though it’s not actually in Vegas. Additionally, the Strip has been officially designated as an “All-American Road.” Just too bad it doesn’t actually sit in Las Vegas itself.

Like good weather? These are the best times to visit Las Vegas! 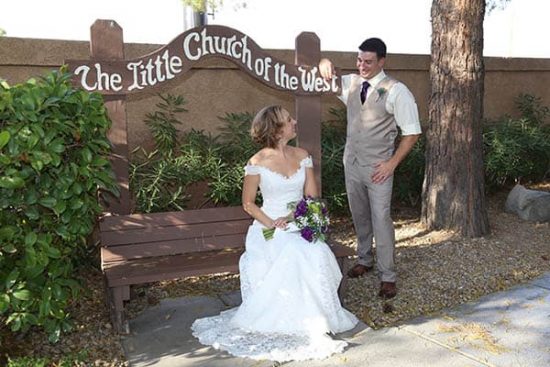 #20 – Going to the Chapel and We’re Gonna Get Married

You may have heard that Las Vegas is the Wedding Capital of The World, but why? Nevada marriage licenses are known for being very easy to get, and quite cheap as well! The lowest cost available in Las Vegas is $75.00 and there is no waiting period, so the marriage license can be obtained within minutes. No requirements, no hassles— available 365 days a year.

#21 – So How Many Las Vegas Weddings Are We Talking About?

Apparently nearly 5.5% of all of the weddings in the United States of America happen each year in Las Vegas. While 5.5% may not sound like that impressive of a figure, trust us, it is. That means that there are around 120,000 marriage ceremonies performed each year, which figures to 10,000 each month, which means 300 weddings per day! Churn them out, folks!

Final Thoughts on the History of Las Vegas

While Las Vegas doesn’t have the ancient history of the city of Rome or Athens, this baby sits at under 100 years old. However, these 100 years sure haven’t been boring. Jam Packed with gambling, entertainment, lights, action, and weddings— Las Vegas is quite the happening spot. With over 42.1 million visitors spending over $35.5 billion each year, Las Vegas sure seems to know what it’s doing.

While gambling is the name of Las Vegas’ game, the lottery isn’t. For one last fun fact, we’d like to share with you that the lottery is actually illegal in the state of Nevada. So spend the money on the slot machines or the blackjack table and stay away from the lottery while in Vegas!