17 MUST KNOW Facts about the History of Miami!

When you think of Miami, Florida you probably think of sunshine and beaches. As the warmest winter location in the entire United States, it’s definitely famed for sunshine. We are talking so much sun, that suntan lotion was invented there! Shout out to Benjamin Green, the pharmacist who concocted the mixture back in 1944.

Miami takes its name from one of the Native American tribes, the Mayaimi, that lived in the region during the 16th and 17th century. As the only city in the USA founded by a woman, you know that Miami is going to have a lot of interesting history for us to dive in to!

Grab your beach towel and sunscreen and let’s take to the trails through the history of Miami!

Colorado is big! You’ll have to prioritize which places to visit when you go! 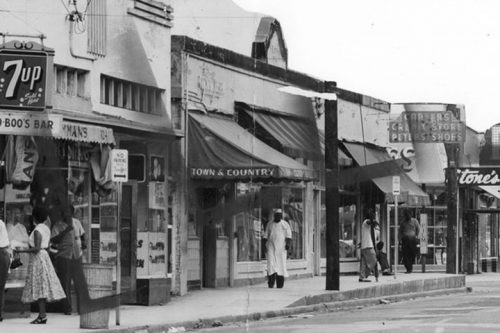 Overtown is a neighborhood in Miami, just outside of Downtown, that was originally called “Colored Town” during the Jim Crow era. What is truly awesome was after WWII, this area was very popular with people from all backgrounds and ethnicities as it had some of the best nightlife entertainers around. Ella Fitzgerald and Billie Holiday took the clubs by storm!

Overtown is home to a lot of interesting landmarks. This includes a Hindu Temple that was built in 1920 to be the set of a film: The Jungle Trial. A local man, John Seybold, loved the set so much he decided to commission a permanent Hindu Temple to be built as his home! As soon as they were done filming, his house was built on the same site as the set!

Need more specifics? Find out where to stay in Miami based on what you want to do there!

History of Cuban Culture in Miami 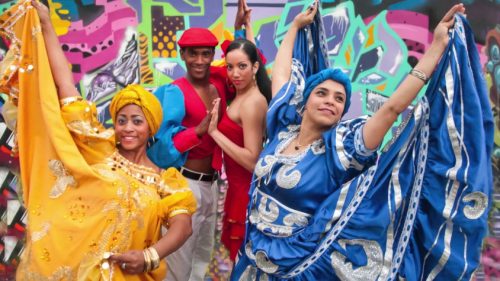 Why did Cubans immigrate to the United States? For tobacco! Cubans established Cuban cigar factories in Florida. The other reason they immigrated was to escape communism and Fidel Castro. So either for cigars or escaping communism, whatever the reason, Cubans came to the USA in droves!

To this day, Miami is still a predominantly Latino city. Seventy percent of the city’s population is Hispanic!  In 1880, there were only 720 Cubans in Florida, but just 10 years later there were 5,532! As of the 2010 census, there were over 1.7 million Cubans living in Florida.

Not yet booked? Take a look at our favorite hotels in Miami! 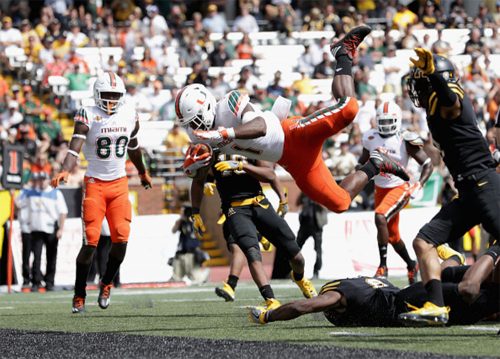 The first official mascot of the University of Miami Football team was a big brown and white boxer dog. The dog just didn’t make the cut as the school decided to change the mascot to a white ibis. The ibis is a native bird known for its bravery as a hurricane approaches. At first, they named him Icky. Thankfully, they renamed him Sebastian not long after.

Will you visit Florida too? Check out must-see destinations in Florida!

An actual authentic Seminole war canoe that was handmade by Native Americans from a 200 year old cypress tree that was struck down by lightning, is used as a trophy for games played between the University of Miami Hurricanes and University of Florida Gators. Who needs a hunk of shiny metal when you have a war canoe for a trophy?!

Right at the beginning of the fourth quarter, if you look around the stadium you will see Miami fans holding up four fingers high into the air. You’ll also notice the players on the field making the same gesture. This is a symbol to demonstrate that they “own” the last quarter of the game. We’re not sure when and how this tradition began, but it’s one of the best traditions in collegiate football!

History of the Miami Heat 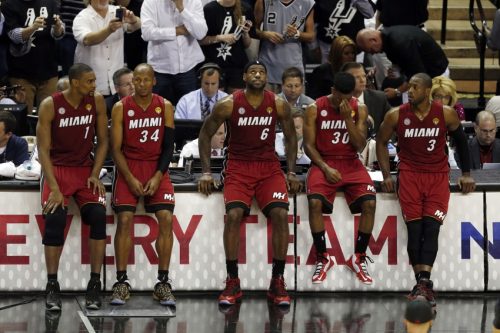 The Miami Heat is one of the newer NBA teams, as it was established in 1988. The team has never changed owners either, it has always been under the Micky Arison banner. Once a Heat owner, always a heat owner.

The Miami Heat may be a young team, but it sure is known for building basketball stars. We’re talking Shaquille O’Neal and Lebron James big! They also built their coach, Eric Spoelstra, up from his first job as the team’s video coordinator back in 1995. Stars sure do rise in the Heat!

Don’t have much time? Take a look at these great hotels in Downtown Miami to save you doing all the searching yourself. 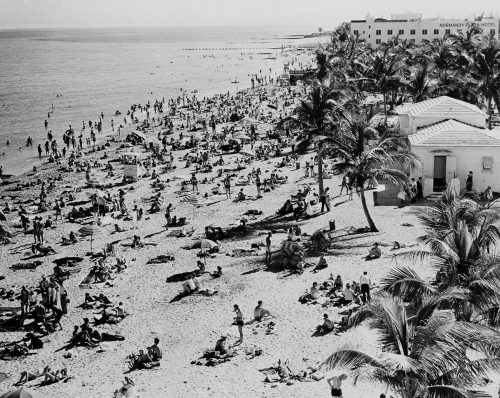 For between 25 cents to 75 cents an acre, Henry and Charles Lum bought land in 1870 that is now known as Miami Beach. The first building built there was the Biscayne House of Refuge, erected in 1876 to help people who had been shipwrecked! The next move on the future Miami Beach was cultivating a coconut plantation in the 1880s.

Today, Miami Beach is home to over 92,000 residents and is made of natural and man-made barrier islands. Miami Beach is sometimes called, “Billion Dollar Sandbar,” because of the enormous amount of money it took to construct the man-made islands!

Do you have an open schedule? Figure the best things to do in Miami before you visit!

History of the Hurricanes in Miami 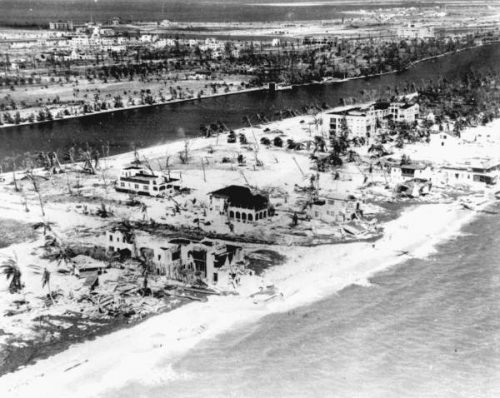 More storms smash into Florida than any other state in the USA. Since the year 1851, there have been only 18 hurricane seasons that have elapsed without a single storm walloping the state! One of the biggest hurricanes in US history was the “Great Miami” that hit Miami in 1926. Does “Great” here really mean “Devastating?”

beachlife! These are the best beaches in all of Miami!

History of the Miami Dolphins Uniforms 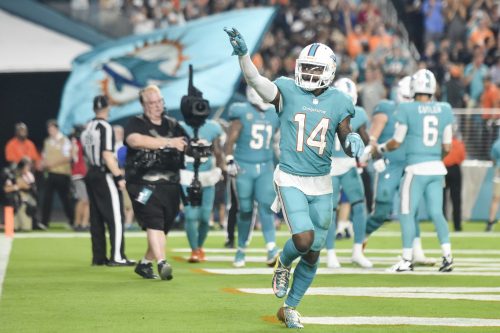 From the Miami Dolphins team’s founding in 1966 all the way until 2012, their football uniforms were relatively consistent. Not much changes happened with their colors of teal and coral and a logo showcasing a dolphin jumping out of a sunburst donning a football helmet.

Miami isn’t just about the cities! There are tons of other places to visit too!

A radical new logo and uniforms were introduced in 2013 for the NFL Draft. The new logo is a very stylized, and more vague, dolphin in front of a sunburst without a helmet. They also decided to use navy as a color in their uniforms, incorporating it with teal and coral. Navy, can you believe it? Radical!

Have some time in Miami? These are our favorite day trips from Miami!

History of Versailles Restaurant in Miami 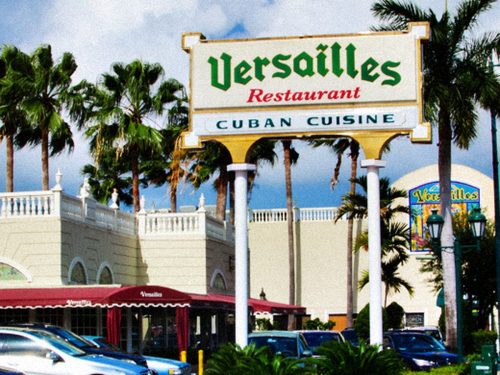 Versailles Restaurant is a Cuban restaurant and bakery situated comfortably in Little Havana, Miami. It is a huge space that can seat 370 people! It was founded back in 1971 by Felipe A. Valls. It’s lovingly referred to as: “la casa de exilio” which translates to the home of the exiled people.

Need some inspiration? Check out what you can do in South Beach no matter how long your visit is!

It’s known for serving quintessential Cuban food like maduros and croquetas, along with a heaping pile of politics. Versailles Restaurant was where anti-Castro exiles and protesters went to voice their opinions! Apparently, staff uniforms have included t-shirts that state: Viva Cuba Libre!

Do you love some nightlife? Check out the best clubs in Miami!

History of the Venetian Islands 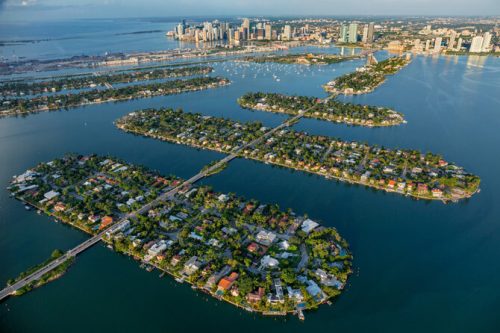 A chain of artificial islands, the Venetian Islands were built in 1925. The chain of man-made islands situated in Biscayne Bay are: Biscayne Island, San Marco Island, San Marino Island, Di Lido Island, Rivo Alto Island, and Belle Island. They actually proposed to build a lot more islands— up to seven more! Who knows what the future will bring!

Do you want more Art or History? Find museums in Miami that fit your interests!

Insider tip – Use our expert guide to see when the best time to visit Miami is!

Miami brings the Heat, the Hurricanes, and the Dolphins! Miami has a lot more to offer than just sports and sunshine though, doesn’t it?

A city that welcomes over 14 million tourists per year, must have a thing or two that is worth knowing about!

We hope that this list of fun facts gave you the historical scoop on some of the gems of the sunshine state!