17 MUST KNOW Facts about the History of Croatia!

Located along the coast of the Adriatic Sea, in central and southeast Europe, lies Croatia. This crescent-shaped country is a premier travel destination for holiday tourists, who fall in love with the Croatian culture, cuisine, and coast!

If you’re planning a Croatian holiday, or just interested in a bit of history, we’ve compiled a Croatia history timeline that is filled with plenty of fun and fascinating facts! From wine and wars to dogs, we’ve got quite a list of interesting facts, many of which might surprise you!

Let’s dive into the history of Croatia! 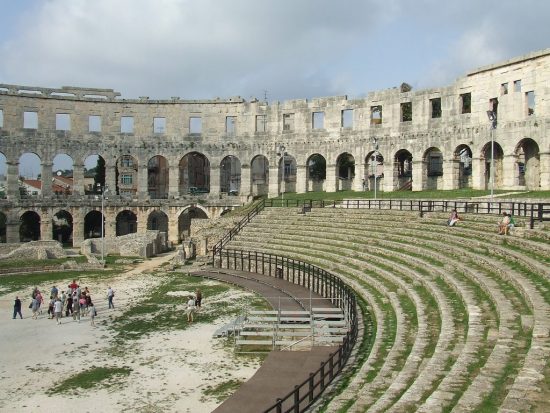 Croatia was settled in the 7th century by the Croats. The Croats were a Slavic tribe, originating from areas in and around present-day Poland and western Ukraine. Croatia converted to Christianity between the 7th and 9th centuries and adopted the Roman alphabet.

Ready to book? Here are our favorite areas to stay in Split!

Facts About the Kingdom of Croatia 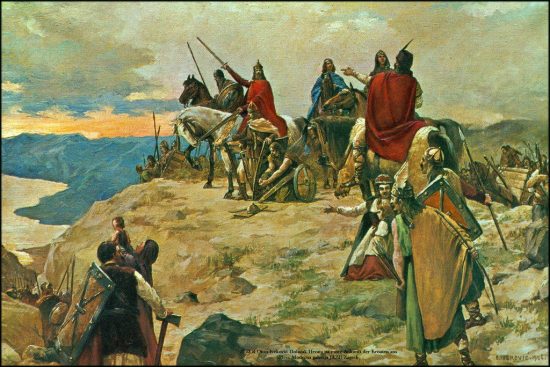 The Kingdom of Croatia or the Croatian Kingdom was born in 925 after the Croats defeated Byzantine and Frankish invaders and established their own independent kingdom. It was a medieval kingdom in Central Europe encompassing most of what is today Croatia, along with most of the modern-day Bosnia and Herzegovina.

The Kingdom existed as a sovereign state for nearly two centuries. It reached its peak in the 11th century. This time was characterized by various conflicts, but also periods of peace and alliance with the Bulgarians, Byzantines, and Hungarians. A Croatian civil war in 1089 led to the country being conquered by the Hungarians in 1091.

After the last Croatian king of Croat descent was killed on the battlefield in 1097, the Croats refused to surrender. To end the war, an agreement was made, the Pacta Conventa.

The signing of the Pacta Conventa, Latin for “agreed accords,” was signed by Croatian tribal chiefs and the Hungarian king around 1102. It united the two nations politically under the Hungarian monarch, but Croatia retained its autonomy.

Not yet booked? Take a look at our favorite hotels in Split!

Croatian History During the 19th-20th Century 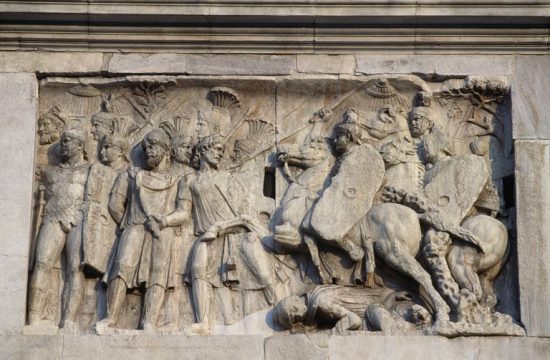 After the establishment of the Austro-Hungarian kingdom in 1867, Croatia became part of Hungary until the collapse of Austria-Hungary in 1918. On October 29, 1918, Croatia proclaimed its independence and joined in union with Montenegro, Serbia, and Slovenia to form the Kingdom of Serbs, Croats, and Slovenes. The name was changed to Yugoslavia in 1929.

On April 10, 1941, the Independent State of Croatia was proclaimed by the Ustase. The Ustase were Croatian fascists, and an ultranationalist and terrorist organization. After Germany invaded Yugoslavia, Croatia became a Nazi puppet state.

Between 1941–1945, twenty-two concentration camps existed inside the territory controlled by the Independent State of Croatia. Croatian fascists killed many Serbs and Jews during the second world war in Croatia, estimates vary between 300,000 and 700,000.

So when did Croatia become a country? Croatia declared independence from Yugoslavia on June 25, 1991. This day is referred to as “Statehood Day” and it’s a public holiday in Croatia. Every year, the government holds a military parade at Jelačić Square at Zagreb, the capital of Croatia.

Planning a trip? See our list of the best things to see in Split!

Croatian Facts About the History of Wine 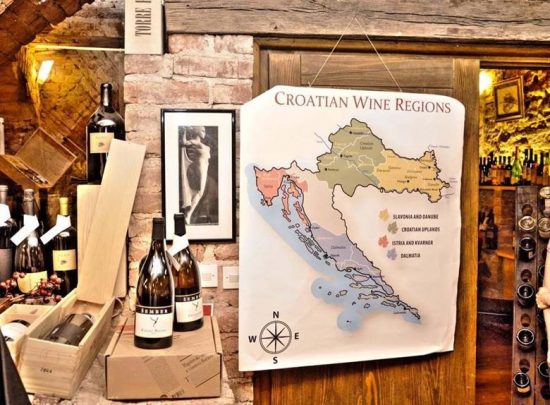 Croatians have a fine love of wine, with a wine history spanning approximately 2500 years! So, where is Croatia’s most popular region for wine production? The answer can vary based on who you ask, but the Dalmatian islands offer ideal weather for grape production!

Croatia is also home to the Slavonian oak forest, which provides the oak favored by European winemakers for wine barrels!

In 1996 it was discovered that the Zinfandel grape variety is an indigenous grape of Croatia. The Zinfandel is a variety of black-skinned grapes that produce light-bodied red wine with high acidity and moderate tannins. In Croatia, the grape is called Crljenak Kaštelanski, not Zinfandel, but it’s the same thing!

Have some time in Split? These are our favorite day trips from Split! 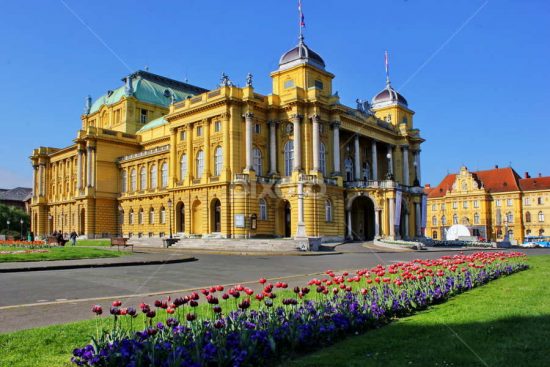 The Cathedral of Saint Domnius in Split is one of the oldest Catholic cathedrals in the world that remains in use within its original structure. The church was consecrated at the turn of the 7th century AD.

The exterior of the building is still surrounded by its original 24 columns. The cathedral is one of the best-preserved ancient Roman buildings still standing!

The Pula Arena is the 6th largest surviving Roman amphitheater and another one of the best-preserved Roman monuments in Croatia. The arena was built around the 1st century AD and could seat over 26,000 spectators.

In the 15th century, stones were taken from the amphitheater to build houses and structures around the city. Luckily, this practice came to a halt before the whole structure was completely destroyed. Today, it’s a popular attraction and used to host a variety of festivals and performances in Pula.

Dubrovnik is nicknamed the “Pearl of the Adriatic.” This historic city is one of the most prominent tourist attractions in Croatia and the Mediterranean. The walls that surround a portion of the city were mainly constructed during the 14th and 15th centuries but were continually extended and strengthened until the 17th century.

The walls run an uninterrupted course of approximately 6,360 feet in length, encircling most of the old city, and reach a maximum height of about 82 feet!

This fortification system is considered to be amongst the greatest fortification systems of the Middle Ages, as the walls were never breached by a hostile army during this time period. The walls are a great source of pride in Dubrovnik as well as Croatia!

Editor’s Note: One of the best ways to get to know Split is through its museums.

The History of Dalmatians in Croatia 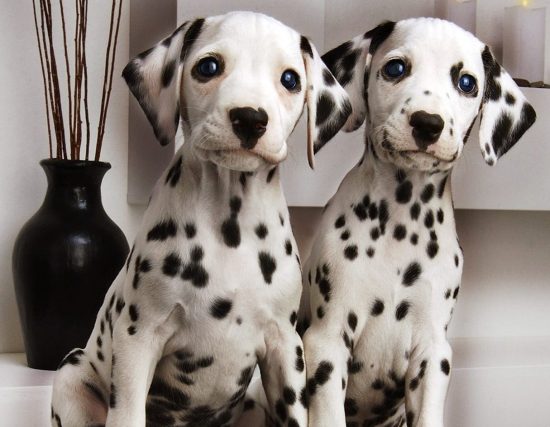 The well-known black-spotted Dalmatian dog traces its roots back to the coastal regions of Dalmatia in Croatia. Dalmatia’s name is derived from the Illyrian tribe called the Dalmatae who lived in present-day Croatia in the 1st millennium BC!

The name Dalmatian was given to this breed of dog in the USA in the 19th century. They were previously referred to as the Dubrovnik hunter. Now that’s some information on Croatia you probably didn’t know!

Interested in Split? Read up on the history of Split! 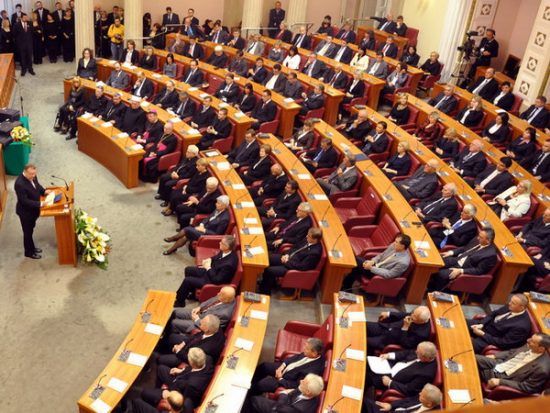 #14 – The President and Prime Minister

Croatia has both a Prime Minister and a President! The President holds the highest level of office in Croatia. They are the head of state, commander-in-chief of the military and chief representative.

The Croatian Prime Minister is appointed by the President. He or she is the head of the executive branch and is the most powerful person within the country’s constitutional framework and day to day politics.

On 1 July 2013, Croatia became the 28th member state to join the European Union!

The country applied for EU membership in 2003, however, the accession process was complicated by the insistence of Slovenia that the two countries’ border issues be dealt with prior to Croatia’s acceptance to the EU.

66% of Croatians voted in favor of joining the Union. Croatia is the first new European Union member since Bulgaria and Romania joined in 2007.

Want to go deeper? Take a cool tour in Split to learn more than you could on your own!

History and Information on Croatia, for “Game of Thrones” Fans

The great country of Croatia is filled with crumbling castles, ancient ruins, and spectacular scenery. It’s no wonder it was used during the filming of the popular TV show, “Game of Thrones.” Here’s some Croatia background information that ties into the popular TV series!

Dubrovnik, Croatia was used as the main filming location for King’s Landing, a fictional city in Game of Throne, and a stronghold of the Lannister family. Set in a city like Old Town Dubrovnik, no special measures were necessary for scenery. The large outer walled fortifications and narrow streets set the perfect scene for the show to unfold

In Split, Croatia, you’ll find Diocletian’s Palace. This was used as the throne room of Queen Daenerys, the Mother of Dragons and the area where she trained her beasts! With a 1700-year old history, this magnificent palace looks quite befitting for a queen and her dragons!

We hope you enjoyed our fun list of Croatia history facts! From ancient Croatia to modern-day, we’ve covered quite a bit! Whether you’re a history buff, or just curious about the Croatian culture, this European country has a fascinating timeline that anyone can appreciate.

As you can gather after reading our list, the country has a deep and dramatic history. Many Croatian wars have been fought throughout the centuries, but today this thriving European country has a more harmonious outlook.

Nevertheless, Croatia has been molded and shaped from its past events, and Croatians proudly embrace the history of their past, present, and future!