Colorful Copenhagen is the trendy capital city of Denmark. Although the city is relatively small, and very flat, you’ll be surprised at the wide variety of tours you can choose from here.

The city of spires boasts many impressive inner-city features, from one of the oldest theme parks in the world to the hippie community of Christiania. Yet, don’t restrict yourself to only tour Copenhagen, as the city is in close proximity to some fascinating natural and historic wonders too!

We’ve compiled a diverse list of Copenhagen city tours, as well as day tours from Copenhagen. Don’t book too many at once, or do. 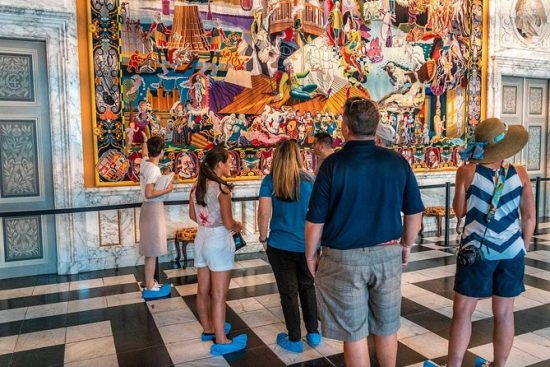 In this guided tour, you’ll see the Danish seat in parliament, the country’s Supreme Court, as well as the Prime Minister’s Office all in one.

You’ll also get to witness one of the most architecturally-noticeable structures in Copenhagen, Nyhavn. Built in the 17th-century, these colorful waterfront houses are something you’ll definitely be familiar with, either from postcards or general knowledge.

You’ll also stop at the famed Little Mermaid statue on this tour. 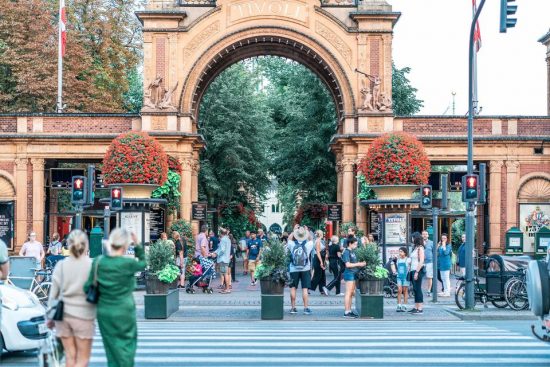 Copenhagen is a city rich in history, and has still retained many of its historic buildings. Yet, the city is ever-growing and progressing into further innovation, and modernistic twists have been implemented.

Guided by a local, you’ll learn about all the myths and legends attached to the historic area. This is a suitable tour to do if you don’t have much time in Copenhagen, but still want to see its most significant sites.

One of the More Relaxed Copenhagen Sightseeing Tours 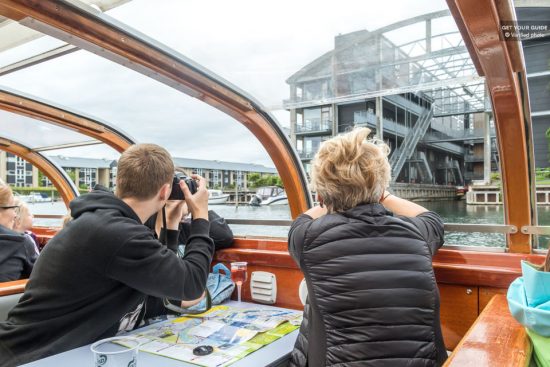 On this boat tour, you’ll be shown all of the city’s crucial landmarks on the banks of the canals. The intimate setting of the boat will display how the city relies on these waterways and how the locals implement them into their everyday lives.

The cruise tour commences at Nyhavn. It then embarks on the water channels to see even more significant sites, such as the former Stock Exchange.

Let’s simplify this! We’ve put together our favorite places to stay in Copenhagen so you don’t have to stress! 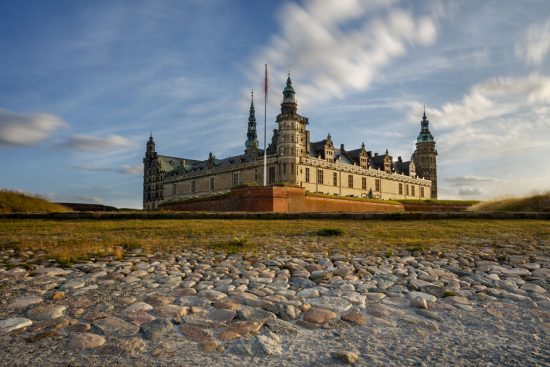 Kronborg Castle, also known as Hamlet Castle, is one of ten UNESCO World Heritage Sites in Denmark. The Øresund Strait is the only thing that separates Sweden and Denmark, and this is at its most narrow at Helsingør, the Danish city in which Kronborg Castle is situated.

The Strait comprises stretches for only 2.5-miles between the borders here, so the castle was used by the Danes as a defensive construction to monitor it. You’ll be accompanied by a professional tour guide who’ll talk about the castle’s history and Shakespeare’s relationship to it. 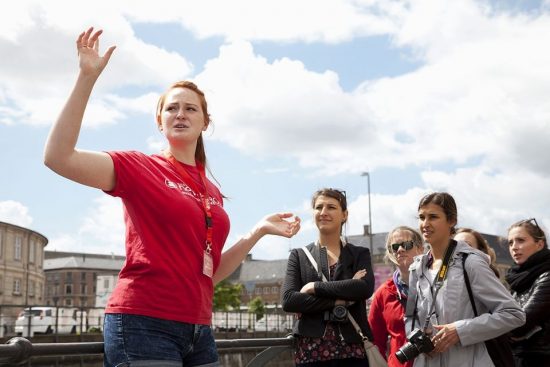 This tour will take you to places you’d never think to go. Such as the massive Venetian glass collection in the Rosenborg Castle. You’ll also learn about the city’s oppressed history with the Nazis, and the fallen Danish sailors as a result of this.

Your guide will educate you about all of these sites, and provide more than just the generic facts about important sites such as the Little Mermaid. You’ll walk past historic monuments, the world’s oldest operating observatory and a fortress, all in 2.5-hours!

I’m sure you know a bit about Copenhagen, but we have a few historical facts you might not have heard yet. 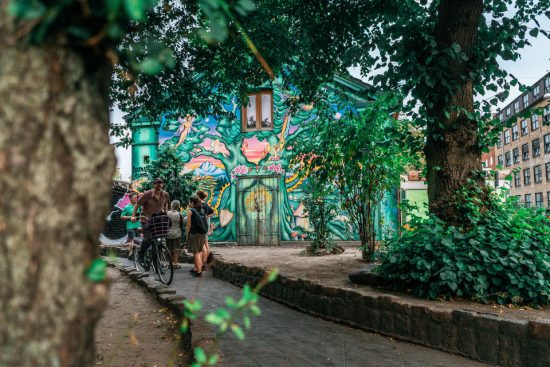 In the midst of one of the wealthiest suburbs in Copenhagen, Christianshavn, lies the free-spirited hippie community of Christiania. It’s one of the more explorative Copenhagen tours that will showcase how the community became independent from the Danes.

Although there are no tours allowed in Freetown Christiania, it is still encouraged to partake in this tour that inspects the surrounding areas of the community. The tour culminates at Freetown, where you can then individually explore. Yet, you’ll still be given information by a professional guide about the transformation of this progressive society.

Let’s make this simple. These are the best hotels in Copenhagen!

Nature Things to do in Copenhagen Denmark

Although Denmark may be a micro-country in terms of size, it is scattered with many bodies of water throughout. There are 120 000 lakes in total!

On this tour, you’ll be able to take part in an excursion from the capital city to sail on the country’s deepest lake. The Danes have been swimming in and sailing through this lake from the 19th-century, as well as fine-dining at the lake-side restaurant since the 20th-century.

You’ll see of this and more as a day-trip from Copenhagen with this tour. The lake is a convenient 30-minute drive from the capital, and its area spans almost 10-kilometers.

Planning a trip? See our list of the best things to see in Copenhagen! 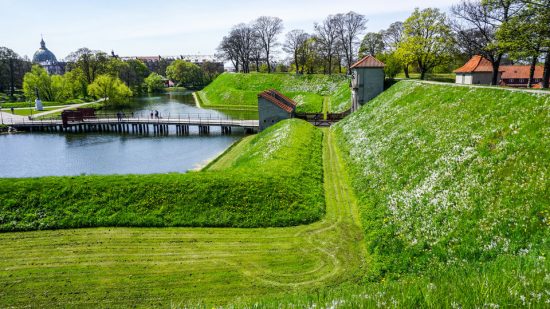 Only 40-minutes away from Copenhagen sits Frederiksborg Castle, an architectural marvel. It shows influences from the Dutch Renaissance and was constructed to display King Christian IV’s wealth. The castle is brick-faced and is enclosed by lush and extensive English-style and Baroque-style gardens and lakes.

A professional tour guide will walk you through an art collection of one of the most ancient monarchies globally. The castle exhibits important artworks that signify major moments in Denmark’s history, culture, and essence.

An Active Way to Tour Copenhagen 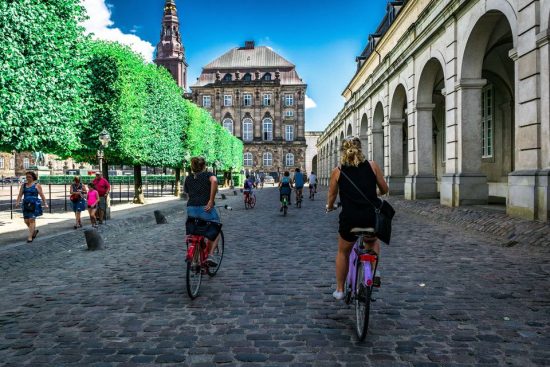 Understandably, Copenhagen is the most cycling-friendly city in the world! This is because of its flat landscape, spacious pathways for cyclists, and just overall manifested biking culture.

The city is designed for cyclists, consisting of more than 100-kilometers of biking lanes and even a traffic light scheme.

On this guided bike tour, you’ll visit the city’s major landmarks such as the residence of the Royal Queen. With a guided leader cycling along with you, you’ll be taught all about the city’s biking culture, as well as gain insight into historic sites. And all of this while burning calories! 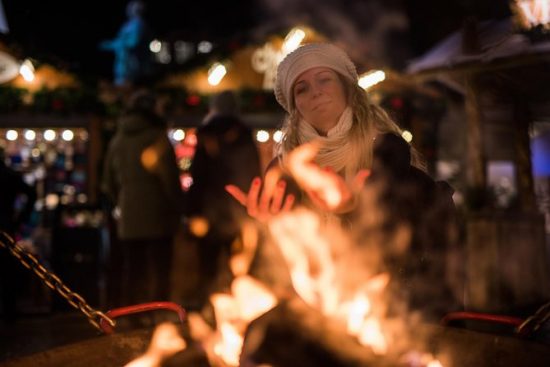 Some Danes may tell you that winter is their favorite season, and if you partake in this tour, you’ll understand why. The city, although freezing, incorporates heart-warming and elaborate Christmas decorations throughout.

Whether it’s lighting up dead barren trees, or the city’s most significant landmarks being illuminated, everything’s picture-perfect. You’ll also get to taste some of the traditional delicacies eaten during Christmas, such as Ableskiver.

Excited to visit Copenhagen? Get excited to take an amazing day trip too!

Copenhagen is separated from Malmo, Sweden, by the Øresund Bridge, which extends for 5-miles. You’ll also traverse into an underwater tunnel for 2.5-miles until you ascend back up to the ground, arriving in Sweden.

You’ll then visit Skåne County’s most popular cities – Lund and Malmo. Lund is a medieval city that has Scandinavia’s largest university, cobble-stoned streets, and an ancient cathedral. Then, you’ll go to Sweden’s third-largest city, Malmo, which is closest to the Danish border. Here, you’ll explore the central square and shop your heart’s content. 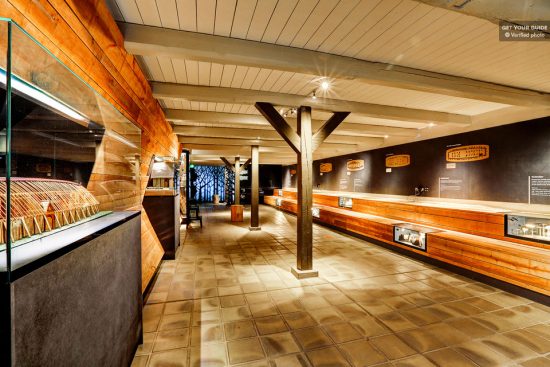 Roskilde is west of Copenhagen, and this tour will proceed to this city’s most iconic landmarks.

These include the Roskilde Cathedral, which hosts the burial grounds for almost 50 Viking kings and queens. IT’s also one of the oldest examples of Gothic architecture in the Northern European region.

Afterwards, the tour will head toward the Roskilde Harbor, which is neighboured by the Viking Ship Museum. Here, you’ll find ships that date back to as far as the 11th-century.

Finally, you’ll end off at the Lejre Museum where you’ll learn about the Viking fables, and even taste some Viking-era Mead.

Most people assign Christiania as the hippest and happening district in the city, until they visit Nørrebro on a Friday night. This suburb is scattered with many different restaurants, cafes, and bars. There’s also a high student concentration here, which gives the area a constant, youthful energy.

On this culturally-advancing tour, you’ll stroll through the streets of Nørrebro, admiring the abundant nationalities that reside here (almost 60!). This partly owes to it being one of the most heavily-populated regions in the country, but also because of its embracing and inclusive atmosphere. 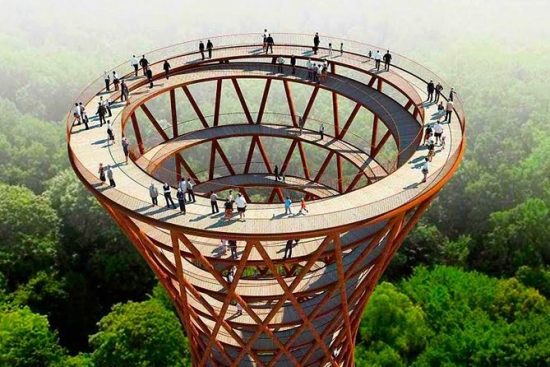 This unique tower took two years to build, and the wait was certainly worth it. Unlike most towers that escalate, this observation tower doesn’t have any steps to get you to the top, but rather an elevating and spiraling walkway.

On the way to the tower on this tour, you’ll stop at a Canola field to get your new Facebook profile picture (or maybe cover photo, because the tower is just as picturesque).

Most people don’t think of Denmark as a coastal getaway, because in the major cities many beaches are artificially made.

So, if you’re searching for some more natural wonders and coastlines, then book this tour that will take you just under 2-hours outside of Copenhagen. On the Eastern coast of the island of Møn, lies 70-million-year-old cliffs that are covered in lush greenery, at 128-meters above sea level.

This tour will take you to the cliff as well as the Geo-Science Center which explains the naturally-marvelous phenomenon that surrounds it. 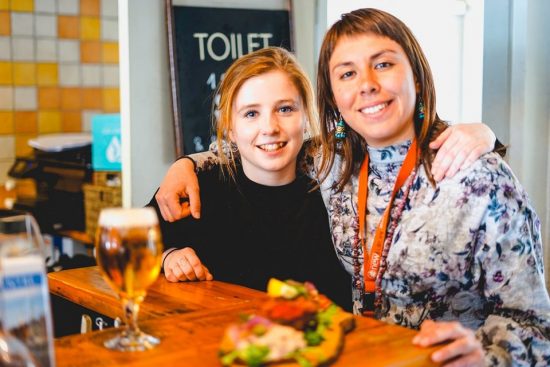 On this guided (and palate-pleasing) tour, you’ll visit 5 different venues that provide essential Danish food. Some don’t know what even constitutes Denmark’s traditional meals, so set yourself above the rest by getting the inside scoop.

An advantage of this tour is that it’s one of the best tours by locals Copenhagen has to offer. Luckily for you, Copenhagen is the best place to be in Denmark to taste the country’s most popular dishes. 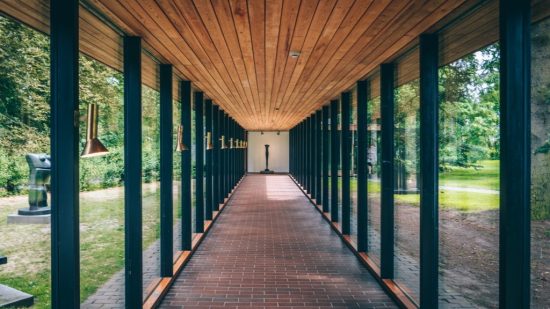 On this tour, you’ll witness absurdist art installations that showcase international and local artworks. It has won many awards in the past and is also credited for the beautiful building which houses the museum, as well as its positioning on the sea.

A cafe is on-site with lush gardens and small beaches that are also visible in some parts of the museum. So, everything is a piece of art in this museum!

Copenhagen tours aren’t limited to the city only. The convenience of Denmark’s small size is that you can book tours that travel throughout the country, as no destinations are overly far from one another in this country.

Yet, Copenhagen itself boasts many educational and entertaining tours. From feeling royal at the palaces, or feeling lazy on the canal tour – there’s a tour for everyone here.