21 UNREAL Facts about the History of San Diego!

Welcome to the land of sunshine and sandy white beaches! Say hello to San Diego! California sure does have some incredible cities, from top to bottom. Actually, San Diego sits very close to the bottom of the state, south of Los Angeles and just 17 miles from the border of Mexico.

Let’s wade into the beautiful waters of the history of San Diego, and let’s see what we can find buried in the deep!

The History of San Diego 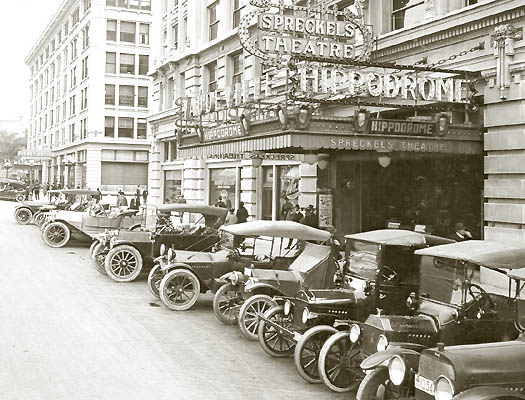 #1 – The Birthplace of California

There was an Iberian explorer, Juan Rodríguez Cabrillo, who claims to have discovered San Diego Bay in 1542, on behalf of the Spanish Empire. That would mean that he found San Diego first, approximately 200 years before Europeans actually settled the area. Well, if we go way back, Native Americans have been living in the area for around 12,000 years before the Europeans even showed up. So take that!

The first fort and mission was founded in San Diego in 1769 under Spanish Rule, and then later it went under Mexican rule starting in 1821. However, it wasn’t until 1848 that San Diego officially became a part of the USA. Well, we’re glad that’s official.

Never been to San Diego? We’ve put together a guide to all the best neighborhoods in San Diego!

The History of the San Diego Population

According to a census in 1850, the population of San Diego was only 650 people. And ten years later, in 1860, the population had only slightly risen to 731 people. However, 10,000 men stopped on by San Diego while on their way up to Northern California to try their luck in the gold mines. Unfortunately, they were only passing visitors, as San Diego just didn’t get a lot of people sticking around back in the 1850s and 60s.

#5 – Population on the Rise

The population of San Diego apparently grew in fits and bursts. Periods of population booms were in the 1880s and from 1900 to 1930. It’s crowning gem of a population number back then was a whopping 148,000 people in 1930. From then on, the Numbers just got bigger and bigger each year. Today, the population sits at nearly 1.34 million.

Not yet booked? Take a look at our favorite hotels in San Diego!

San Diego has hosted two World’s Fairs. Namely the Panama-California Exposition between 1915-1916, and the California Pacific International Exposition during the years 1935-1936. Due to these expositions, we actually have them to thank for Balboa Park and the San Diego Zoo! What else do we have them to thank for? But the quintessential architectural styles of San Diego, the Mission Revival Style and the Spanish Colonial Revival Style.

If you’re going to San Diego, take a look at some amazing things to do in San diego while you’re there!

Well, this might not be true these days, but from the 1910s to the 1970s San Diego was deemed the “Tuna Capital of the World!” The American tuna fishing fleet and the tuna canning industry were both based out of San Diego.

Well, let’s just say that back in the beginning of the tuna industry in San Diego, it sure wasn’t the natives who were running the show. Immigrant fishermen were really the stars of the tuna business, with the largest population of foreign-born fishermen being from Portugal in the beginning of the 20th century. However, it was the Japanese owners and fishermen who were responsible for catching 80% of all the tuna in the area!

#9 – The Yippie Fleet AKA The Pork Chop Express

During WWII, fishing wasn’t feasible. However, there were 53 tuna boats who served the US Navy as the “Yippie Fleet.” They also went by another name, the “Pork Chop Express” as they were known for food delivery. Now we have UberEats and GrabFood, but back in the day, the troops just had the Pork Chop Express… but in all seriousness, the Yippie fleet lost a lot of ships, and lots of crew members were lost as well. They were awarded more than a dozen battle stars due to their bravery and service.

Excited to visit San Diego? Get excited to take an amazing day trip too!

The History of San Diego and the Great Depression 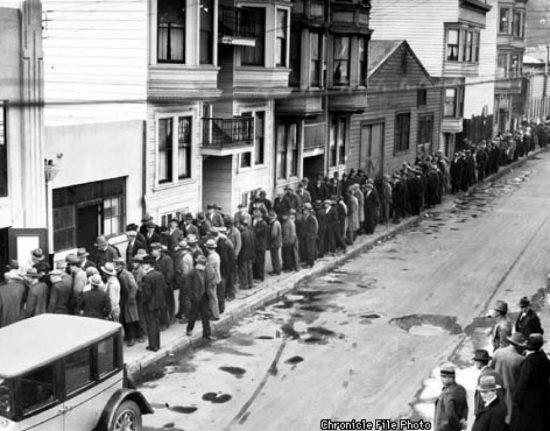 #10 – When The Great Depression Isn’t So Bad

For San Diego, the Great Depression actually wasn’t as bad as it was for the rest of the state, let alone the country. The population actually got bigger rather than smaller, and there was still enough money to build some new municipal structures. You probably are thinking about buildings like a firehouse, but no, San Diego built a new golf course and tennis courts too. San Diego sure wasn’t scrimping.

Well, in 1935 the US wanted to show to Japan the value they place on the Pacific Ocean, and they also wanted to demonstrate their military power. Therefore, the entire Pacific Fleet assembled in San Diego. And then the Consolidated Aircraft Corporation located in New York, moved all 800 employees to San Diego to open an assembly plant.

Essentially, during the Great Depression, the USA still wanted to seem strong and powerful, and San Diego was one of the places they decided to put their feet down and stand strong. This, of course, boosted San Diego’s population and economy.

If you like knowing about all the amazing sights you see, book an informational tour in San Diego!

The History of Balboa Park 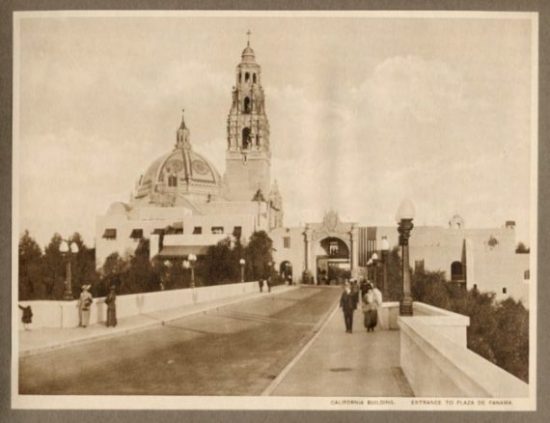 Balboa Park started as 1400 acres of land that the San Diego government decided to dedicate to a park back in 1868. It actually sat undeveloped for over 20 years and was just called “City Park.” However, in 1892, one woman had a vision for the park: Kate Sessions. As a savvy business woman and botanist, she offered to plant 100 trees a year in the Park in exchange for 32 acres for her own plant business. San Diego said yes, and to this day Kat Sessions is referred to as “The Mother of Balboa Park.”

#14 – Balboa Park: Home To Flowers, Trees, and A Nudist Colony

Well, surprise surprise. Balboa Park was once home to a nudist colony. This colony set up residence where the butterfly gardens are today. The colony called themselves Zoro Garden! They were around in the 1930s, but alas, have been forced to disperse.

Insider Guide! These are the absolute BEST times of the year to visit San Diego!

The History of the San Diego Zoo 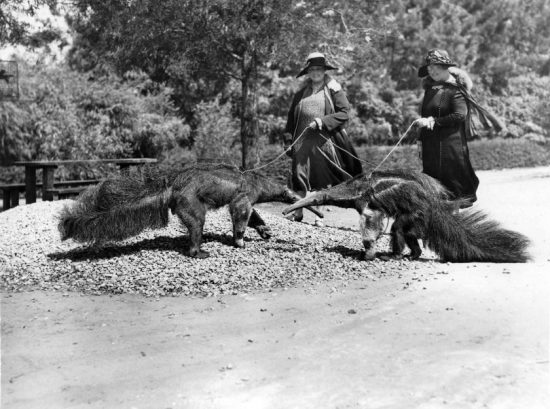 The San Diego Zoo actually started when there were exotic animals abandoned after the 1915 Panama-California Exposition. No one was quite sure what to do with these wonderful creatures, so Dr. Harry M. Wegeforth thought, “Let’s Have A Zoo!” And thus, he established the Zoological Society right here in San Diego. Today the zoo has 3,700 animals and sits on over 100 acres.

The San Diego Zoo actually has a very special department, that is called the Frozen Zoo. This actually isn’t where the penguins and polar bears live, and it’s not even a touristy place to go, it’s a scientific lab and library that is tasked with collecting and containing frozen specimens of DNA of the animals. Specially, they are doing research on breeding endangered species.

#17 – The Most Famous Animal Of Them All

One of the most famous animals of all, that has ever graced the grounds of the San Diego Zoo, was an orangutan for Borneo. His name was Ken Allen and he lived from 1971 to 2000. What made Ken Allen so famous? Well, it wasn’t a cameo in LA films, it was the fact that he escaped his enclosures… multiple times!

Love to tan? Check out the 15 best beaches in San Diego!

The History of Hotel Del Coronado 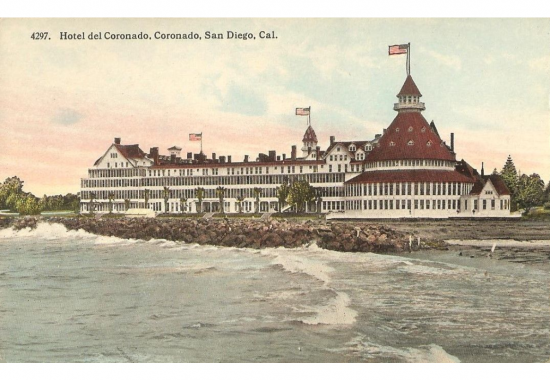 Sometimes a hotel is more than a hotel. The Hotel Del Coronado, oftentimes called The Del and Hotel Del, is actually the second largest wooden structure in the USA. This historic beachfront hotel sits just across the San Diego Bay. As a matter of fact, this architectural gem is one of the last surviving examples of a wooden Victorian beachfront resort. In case you were curious, the largest wooden structure is the Tillamook Air Museum in Oregon.

The Hotel Del Coronado opened in 1888, and at that time, it was the largest resort hotel in the entire world! It was a hotspot for hosting presidents, celebrities, and even royalty throughout the years! This special hotel has been seen in many movies, and written about in more than a couple of books!

The History of San Diego and Avocados 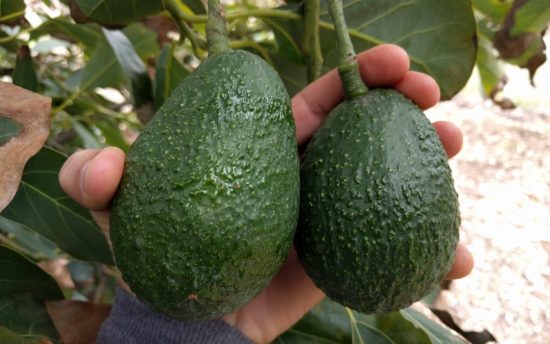 Who doesn’t love avocados these days? In 1871, Judge R.B. Ord from Santa Barabara introduced avocados the USA from trees he crossed the border with, from Mexico. Now, California is the top producer of avocados in the USA, producing around 90% of all the domestic grown avocados! The top producing county is… drumroll please… San Diego!

There is no growing season for avocados, because they are grown all year round. Just one avocado tree can grow up to 200 pounds of avocados each year. That’s up to 500 pieces per tree, per year! Celebrity singer Jason Mraz saw a ripe opportunity—excuse the pun— and he bought a 5.5 acre avocado farm. Where? That’s right, in San Diego!

Final Thoughts on the History of San Diego

San Diego, California is a hotbed of fun facts and curiosities. We loved sharing stories about Ken Allen the orangutan and about celebrity Jason Mraz the avocado farmer!

If all the avocado talk made you hungry, then we’ll satiate your appetite with just a couple more fun facts. Sound good? It is against the law to do hypnosis in San Diego public schools. And you will be issued a fine if you leave your festive Christmas lights up after February 2nd. That’s right, there’s a couple of odd laws there in San Diego!