21 UNREAL Facts about the History of Porto!

Little did you know friends, but Portugal was actually named after Porto. You read that correctly! There was some Latin involved, and some Romans, but eventually the Condado Portucalense led to the country of Portugal.

Not only does the city’s name itself flag our attention, ensuring that this city will be chock full of fun facts and curious history, but Port wine also comes from Porto! So go ahead and treat yourself to a Port glass while you peruse our list of the most fabulous fun facts about Porto. Let’s get to it!

The History of Porto 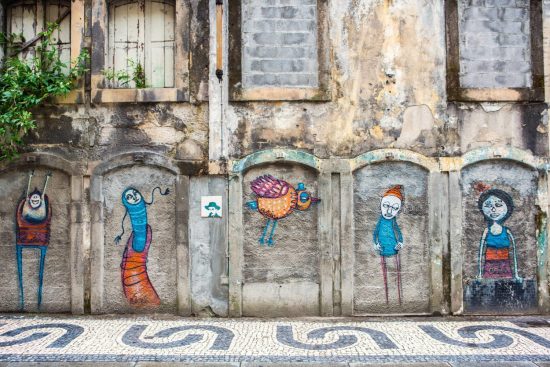 Historic references for Porto can be found all the way back to the 4th century and Roman times. However, there were a few remnants of Celtic citadels found in Porto too from way back in the day. Yet, it’s this Roman period in the 4th century in which Porto really developed as a city. They had a pretty impressive commercial port between Lisbon and Braga that really put them on the map!

So, then the Moorish Muslim invasion happened. The Romans were overthrown by the Moors in 711. Even that was short lived because in 868 the Christians defeated the Moors under the rule of Alfonso III. Everyone sure wanted a piece of Porto!

In 1387, João I and Philippa of Lancaster were married in Porto. While maybe these names don’t ring bells in your head like Beyonce and JayZ, but this married couple were enormously important. Their marriage symbolized the military alliance between England and Portugal. In fact, this is the world’s oldest military alliance that still is honored by NATO. Pretty impressive, João I and Philippa!

Which neighborhood will you stay in? Porto has lots, so we’ve written a where to stay guide! 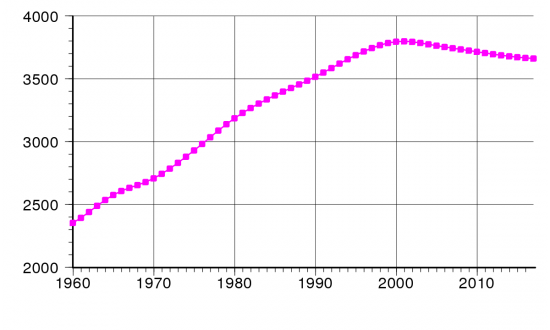 The population of Porto is around 1.3 million, however the urban area of Porto that spans 150 square miles actually clocks in at an impressive 2.4 million. The majority of these residents were actually born in Portugal, a whopping 93.7%! Wow!

In the last 70 years, Porto’s population has doubled! Back in 1950, the population was only 730,000 and now it’s over 1.3 million in the metropolitan area of Porto. With a thriving economy and a massively expanding tourism industry, the city of Porto is on the up, up, and up!

History of Port Wine in Porto 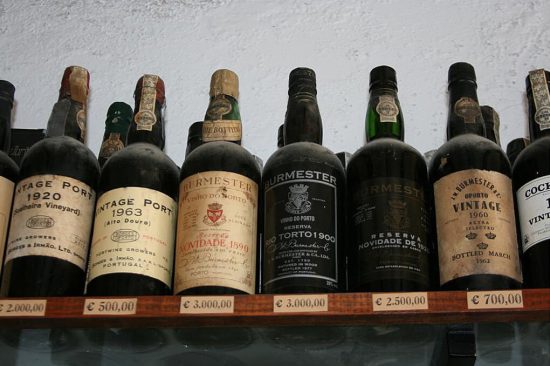 The trade in port wine started way back in 1678 and was established under the Methuen Treaty in 1703 between Portugal and England. Sometimes, wine is worth signing a treaty over… With an alcoholic strength of over 16.5% and a rich, sugary finish who wouldn’t sign a treaty over this stuff?

Not sure where to say? We’ve put together a list of Porto’s best hotels!

History of the Dom Luís I Bridge

The Dom Luís I Bridge is one of the most notable bridges in Porto which spans the Douro River. It was built from 1881 to 1885, using a design by the disciple of Gustave Eiffel with some of the aforementioned designers assistance. However, the Maria Pia Bridge, erected in 1876 to 1877 was actually designed completely by Gustave Eiffel himself! You got that right folks, the designer behind France’s claim to fame, the Eiffel Tower, designed or helped design two of Porto’s bridges!

History of the Church of Clérigos

#9 – Church of Clérigos and an Architect’s Burial

The Church of Clérigos was built from 1732 to 1750, however the bell tower and the huge stairway in front of the church were both finished just a handful of years later in 1763. The Church of Clérigos is regarded as a baroque masterpiece. In fact, the architect, Nicolau Nasoni, was buried in the church itself. So beloved was this church to the architect he requested it to be his final place of rest. Some people really do love their work…

#10 – When Acrobats Take On A Real Challenge

The Church of Clérigos has a positively enormous granite Tower that protrudes about 75 meters high, before it reaches the clock house at the top. What’s most impressive about this tower, in our opinion, is that in 1917 two Spanish acrobats climbed this tower. Go ahead and Google search an image of this tower, you’re sure to be baffled at how that would be possible! There is a staircase that will allow guests access to the top. No need to scale the sides like the acrobats did…

Not sold on Porto? There are some incredible things to do in Porto that won’t believe!

History of the Palácio da Bolsa

Have some time in Porto? These are our favorite day trips from Porto!

Porto’s nickname is Invicta, which translates to “unconquered.” The city has had this nickname since the 19th century during the Portuguese civil war. That was when Porto withstood a siege for over a year! They wouldn’t let themselves be conquered— no way, no how!

The people of Porto are sometimes referred to as the “Tripeiros,” which translates rather absurdly to “animal gutters.” This bizarre nickname dates back to the 15th century legend of Henry the Navigator’s fleet being in need of supplies for its Conquest of Ceuta. The city of Porto, being exceptionally generous, provided the fleet with every last piece of meat they had, only leaving the tripes or guts behind for themselves. Ergo, the nickname was born! And thus, their famous dish “Tripas à Moda do Porto” was born too!

Porto is often times referred to as Oporto. Now, how did that happen? Apparently, it was initially caused by a linguistic misinterpretation, in which the Portuguese referred to their city of Porto with an article of “O” proceeding it. Upon hearing that, foreign merchants and traders made the mistake and assumption that the name of the city was Oporto. O is for Oops!

History of Futebol Clube do Porto 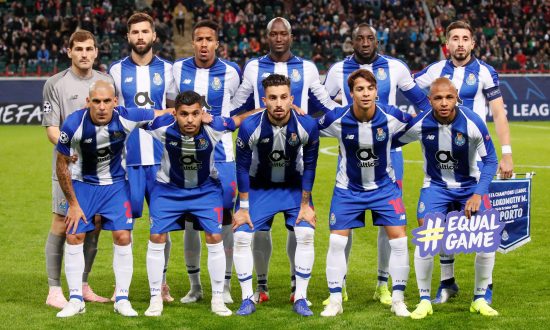 Futebol Clube do Porto, also called FC Porto for short, was established in 1893. FC Porto is one of the “Big Three” teams in all of Portugal. If you were curious, just what kind of a man would create a soccer team in Porto, it would be none other than a wine salesman! Seems apropos for Porto doesn’t it?

Porto’s nickname is actually the Dragons, or rather, the Dragões. In honor of this nickname, the stars from the dragon constellation in the night sky called Draco was actually featured on the club’s away kit for a year from 2016 to 2017. Shine bright like a diamond or like Draco’s constellation… Their mascot is a dragon too. Duh.

Want to go deeper? Take a cool tour in Porto to learn more than you could on your own!

One of Europe’s largest, biggest, and bestest street festivals held in the city of Porto goes by the name of St. John’s Festival or the São João Festival. Each year, it takes place on June 23 and June 24. One of the most popular traditions is hitting others on the heads with plastic hammers, the inflatable kinds, not the scary metal kind! Another tradition is waving garlic in people’s faces. Better whole cloves in the face than experiencing it on people’s breath!

Legend has it St. John’s Festival has been taking place in Porto for over six centuries, however it was in the 19th century that the festival became Porto’s most important festival. St. John’s festival started in the 14th century as a pagan festival honoring the sun god. Later, the Catholic Church christianized it and made it in honor of St. John the Baptist.

The absolute most symbolic icon of St. John’s Festival is a potted basil plant with a poem stuck on it. Why the herbs? Well, while St. John’s Festival is of Christian origin, it certainly does have pagan rituals mixed in there as well. Basil was meant to indicate fertility and to ensure good health in the coming year.

The St. John Bonfires are a huge part of the festival. People will light them all over the city and then dare their friends to jump over them. They would say it would prove one’s bravery and bring a person good health and even a good marriage. So if you’re thinking about marriage counseling, you might just want to jump over a bonfire instead!

The History of Porto’s Livraria Lello

Livraria Lello is actually a bookshop that was first opened in 1906. It was designed to emulate a grand library which an immense amount of wooden shelves. There is even a stained-glass ceiling! Along with Bertrand Bookshop, which is located in Lisbon, Livraria Lello is one of the oldest bookstores in Portugal and is often ranked among the top bookstores in the entire world!

Final Thoughts on the History of Porto

Porto is a fascinating city with a proud history, that can truly be felt all throughout the city. We hope you enjoyed learning loads of fabulous facts about Porto, from the port wine to the palaces to the bookshops!

While Porto and port wine share a name and their relationship makes a whole lot of sense, what might come as more of a surprise is that Portugal is a huge exporter of cork! In fact, Portugal produces nearly 70% of all cork exports in the entire world. Also, Portugal is home to the largest cork forest in the world! Just one more fun fact for you there!