21 UNREAL Facts about the History of Madrid!

The capital of the vibrant and bright country of Spain is Madrid. Madrid has an ancient documented history, which dates all the way back to the 9th century. However, it has had human inhabitants since the Stone Age!

Together let’s dive into the history of Madrid and into all the delectable fun facts we can find! While you might have heard of Madrid’s fantastic nightlife or the bullfighting arena, perhaps you haven’t heard that the city’s coat of arms features a bear trying to eat berries from a tree.

Or maybe you didn’t know that Madrid has more green space per person than any other city in the world, with thirty-five percent on the city being made of pars green space.

Ready to unearth more fun facts about the history of Madrid? Let’s go! 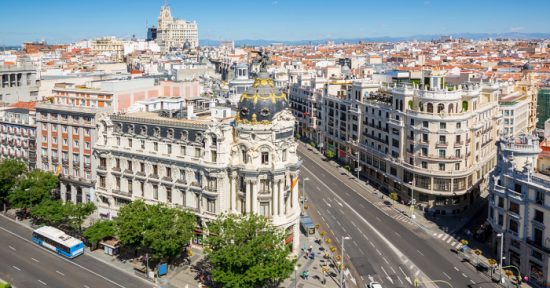 While there is evidence that the area we call present-day Madrid has been inhabited since the Stone Age, in the middle of the 9th century a small castle was erected in Madrid and then the Moors built a citadel around the castle. Thus, began the official city of Madrid.

#2 – So You Want To Talk About Religion?

The moors were able to control the citadel until they were conquered by the Christian King Alfonso VI of León and Castile. And while Madrid mainly had Christian Kings, there were many Sephardic Jews and Moors left in Madrid, until they were finally expelled at the tail-end of the 15th century. Sorry, guys. Pretty uncool— we know!

Madrid was first recognized as the capital of Spain by Philip III in 1606. It was a bit of a strange choice to make it the capital, as it doesn’t lie on a major river, nor does it have rich natural resources, nor is it a religious destination or site for pilgrimages. This small Moorish fortress on a rock formation surrounded by a modest citadel suggests that Madrid was quite a bit more humble than other cities in Spain! Interesting Choice King Philip III! We aren’t arguing though!

Still haven’t booked for Madrid? We’ve organized the best places to stay in Madrid for all types of trips! 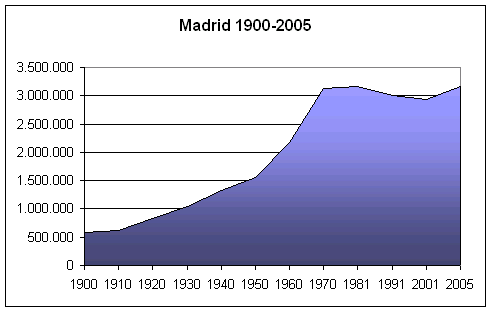 By the year 1598 Madrid had a population of 60,000. However, after just over fifty years had passed (that would make the year 1656) the population was recorded to be over 100,000! Kind of crazy to talk about numbers like these when today the population of Madrid is over 6.5 million! 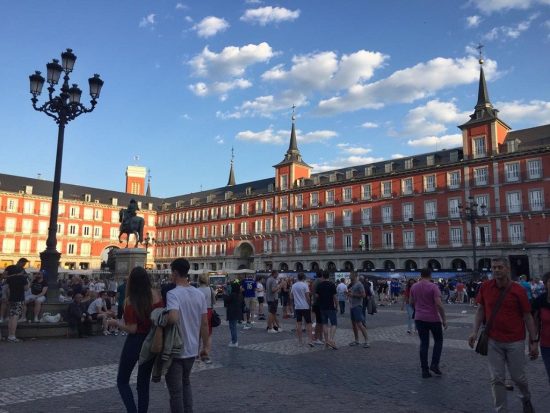 Actually, when Madrid was first made the capital in 1606, there simply wasn’t enough space or room in the city! The situation was so dire, that the king obliged all the city inhabitants to rent an entire floor of their own houses to ambassadors and any kind of visiting royal or dignitary. Could you imagine if a king asked you to put a prince in your guest room? Yikes!

Apparently there is a local Madrid saying that goes: “From Madrid to heaven, and in heaven a little window from which to see it.” Madrid’s inhabitants sure have quite the reputation for being die-hard Madrid fans! If you can make requests for windows in heaven… well you must sure love Madrid to make that your number one pick!

Haven’t found what you’re looking for? Try our hotel guide for Madrid! 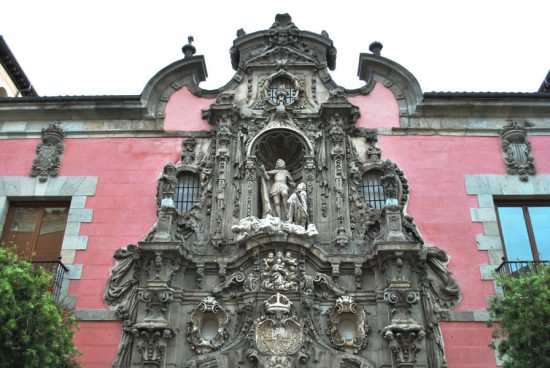 The Museo National del Prado is also simply referred to as the Madrid Museum. Curiously, the word “prado” means meadow. The museum took its name from the market gardens that used to dwell in the spot the museum was built upon.

The Prado was actually Spain’s very first national art museum. It was first opened in 1819 and had a total of 1,510 paintings. However, only 311 Spanish paintings were in the entire collection! That’s not really enough Spanish representation, is it? Today, it has over 7,600 paintings in total!

Need some inspiration? Check out what you can do in Madrid no matter how long your visit is! 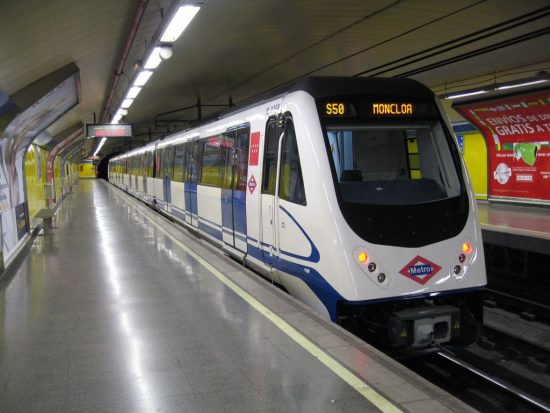 The Madrid Metro was actually commissioned on royal decree in 1916. Construction was finished by 1919 and King Alfonso inaugurated the metro line himself on October 17, 1919. At the time, however, the metro had just one line which ran for less than four kilometers!

The king and his royal family were the first people to ride the Madrid metro. They rode it the entire length, 4km in total, and back. Afterwards, the king treated the engineers to lunch on the platform itself and thanked them for building a “miracle.” If only miracles these days were that simple!

On the first day that the Madrid metro was open to the public, a total of 56,220 passengers rode the metro. Today, the Madrid metro has over 302 stations and 13 lines that span nearly 300 kilometers and on average, two million people take the Madrid metro every single day! Talk about progress, people! 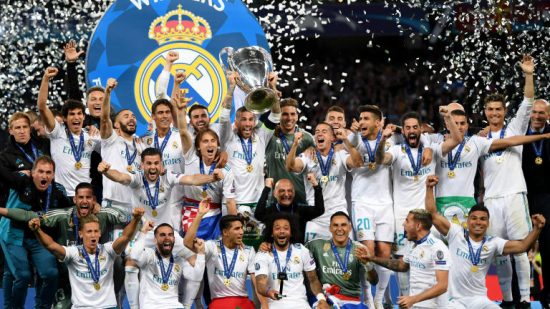 Real Madrid is actually the second-richest soccer team in entire the world. They have won the European Cup 13 times in total. Lucky number 13 isn’t really a thing, so they are probably excited for number 14, and 15, and 16 right? Actually, Madrid has won more European Cups than any other team! Bravo, guys!

The Madrid Football Club actually received the “Real” Royal title on June 29, 1920 by King Alfonso XIII. “Real” means royal in Spanish, so it was the king’s way of granting the club is royal patronage. At that time, they added Alfonso’s crown to the club’s crest. Making it all official and whatnot…

Excited to visit Madrid? Get excited to take an amazing day trip too!

The Real Madrid History Vs. Barcelona 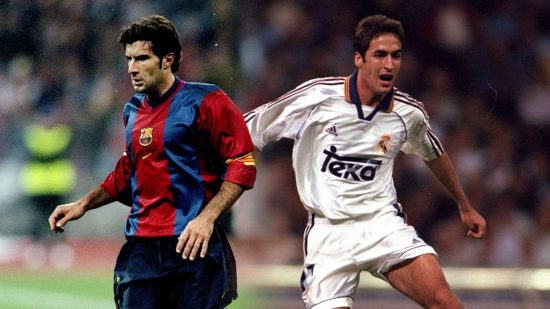 The two rival football clubs, Barcelona and Real Madrid first played competitively in 1916. Now, El Clasico refers to every time the two teams play. However, this rivalry goes above and beyond just football and actually enters the political realm. As Spain’s two largest cities, Barcelona is a huge symbol of Catalan and Madrid is a symbol of traditionalist Spain. So when these teams play, it’s often about way more than just football! 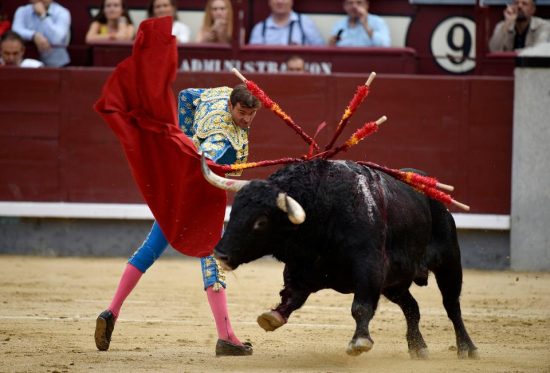 There are two bullfighting rings in Madrid, Las Ventas and Vista Alegre. Las Ventas is quite a bit larger and can house nearly 25,000 people! To this day, both bullrings are still in use which is pretty odd and unique for a city to have two bullrings instead of just one!

Apparently, bullfighting in Madrid is extra super-duper special as all novice bullfighters must kill their first bull in the Las Ventas ring. All bulls have to be five years old and must be raised in Spain and nowhere else. Traditions are traditions, we suppose…

The most famous bull in Madrid goes by the name Carmelo. He actually was spared from death in the bullfighting ring as he battled both a lion and a tiger in the ring and won! The crowd was so pleased that they pardoned him and let him go out to pasture instead. Carmelo sure did earn his time out nibbling grass on the pasture fields!

Want to go deeper? Take a cool tour in Madrid to learn more than you could on your own!

History of The Oldest Restaurant in the World 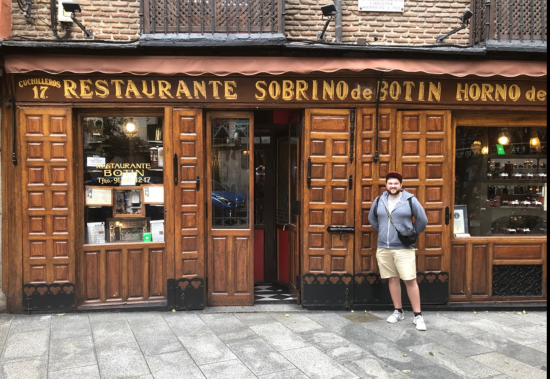 In case you were curious, the oldest restaurant in existence is supposedly in Spain. There is even a Guinness World Record to prove it. The name of this epically old restaurant is Sobrino de Botín and its doors first opened way back in 1725. When visiting, you can still try the suckling pig!

Final Thoughts on the History of Madrid

If you’ve been to Madrid, you’ve probably tried one of those famous calamari sandwiches or maybe you’ve even strolled around the beautiful Prado museum. But did you know that you can find Saint Valentine, the adored saint of love, in Madrid? We’re not speaking metaphorically here— his physical body rests in the Church of St. Anton.

Madrid is full of zany facts and heaps of history. We hope that you found our 21 facts on the history of Madrid entertaining, or perhaps even enlightening!