In 1903, landscape architects, the Olmsted Brothers, designed a landscaping scheme for the citizens of Seattle to be able to bathe in the city’s abundant parks. The vision was to unify green zones within the city, as well as to offer Seattle’s inhabitants designated and well-maintained public swimming areas.

Seattle is not advertised as a beachcomber’s paradise. Yet its close proximity and easy access to a wide variety of bodies of water, contend beaches in Seattle to be hidden gems! This is because the city is actually an isthmus (the narrow piece of land between two bodies of water). From the Puget Sound, which is an estuary that combines salt and fresh-water, to the majestic waters of Lake Washington, Seattle beaches are diverse!

Best Places to Stay in Seattle

Seattle is a bustling city that offers tourists an array of facilities. Being so encircled by water and coastline, we recommend that you stay in the Downtown/Waterfront district. This will benefit you in being in close proximity to some of the best beaches in the Seattle area! 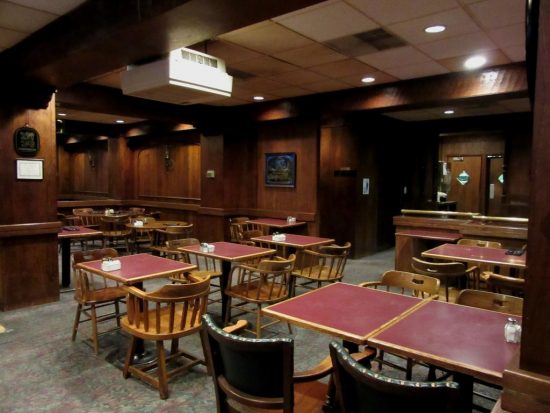 For an unbeatable price, Hotel Seattle offers guests the necessities, and it’s centrally positioned in Downtown Seattle. Rooms all have private bathrooms and television. On-site, you’ll enjoy the hotel’s restaurant as well as its close proximity to the Central Business District and the city’s various beaches! 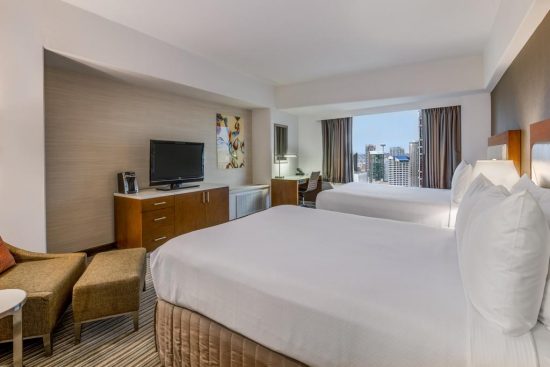 Located in Seattle city center, this high-rise hotel has a fitness center, bar and restaurant. The breakfasts are delicious and the high-rise nature of the building means that your hotel room view will be spectacular! The hotel’s prime position near the city’s port, Washington State Convention Center, and its waterways make it the perfect stay. 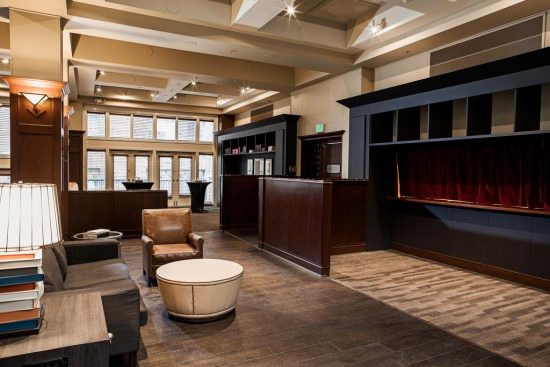 This high-end hotel is actually located in the city’s Central Business District. Its renowned Bookstore Bar and Cafe will be your favorite time-out destination with its monthly scotch-tastings and whiskey library. So, you can read books, get tipsy, and walk to your room which is adorned with a flatscreen television, luxury finishes and bath/shower.

Ready to book? Here are our favorite areas to stay in Seattle, USA!

The Best Beach in Seattle 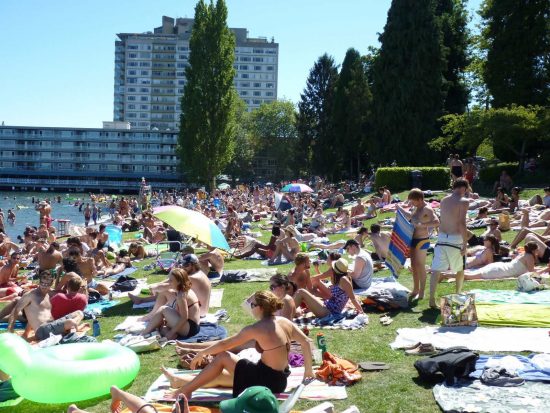 Set on the western banks of Lake Washington, this beach is ideal for swimming as it’s monitored by lifeguards. The beach is accompanied by a lovely bathhouse, and diving boards to jump from.

While there may not be any sand, the city has placed spacious green, grassy areas to laze and sunbathing. This is the perfect spot if you enjoy calm waters and is ideal for families. And when you’re not in the water or catching a tan, you can play a game of tennis in the nearby courts.

Not sure where to say? We’ve put together a list of Seattle’s best hotels!

A Sandy Beach in Seattle 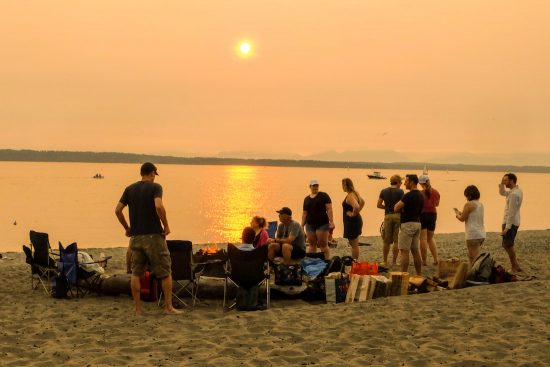 This park in the neighborhood of Ballard is scattered with wetlands, playground areas. The shore-line is extensive and spacious during its delightful low-tide. The shores of the Shilshole Bay are what you’ll find in this beautiful park, as well as bountiful birdlife!

It’s another western-facing beach toward Puget Sound and is set against the backdrop of the colossal Olympic Mountains and Mount Rainier. Yet it also has steep inclines within the park, where you’ll be afforded great vistas of the Sound and mountain range.

An Oasis Beach Near Seattle 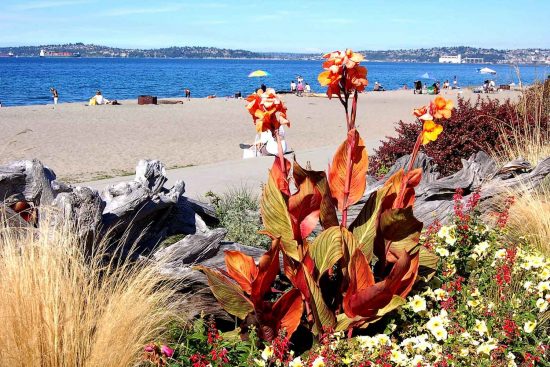 If you’re searching for a long stretch of beach to enjoy privacy and a spacious spot on the sand, this is your best bet! You’ll be able to get a thrill out of the many volleyball courts and nets that have been set up by the city on this beach.

With its Northwest Pacific flair, this beach is a great oasis from the city, providing accessible swimming opportunities. This is a result of the beach’s periodic low-tide, which creates little tide-pools to swim in!

Let’s make this simple. These are the best hotels in Downtown Seattle! 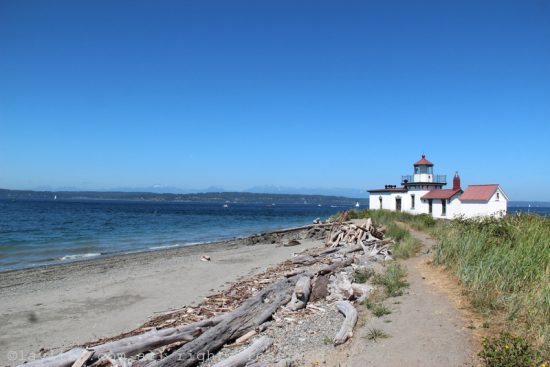 This park, a favorite among locals, offers a diverse range of activities. From swimming in the Puget Sound’s majestic waters to walking and hiking on its nature trails, you’ll certainly have a blast here.

It’s situated in the suburb of Magnolia and contains three coastal areas – South Beach, North Beach and West Point (tip of the park) which is adorned with a picturesque lighthouse. If you’d like to do some warming up before jumping in the pristine waters, then walk along the Puget Sound’s shoreline on the designated trails!

Editor’s Tip: Check out all the top places in Seattle before you lock in your itinerary.

One of the Most Scenic Ocean Beaches near Seattle 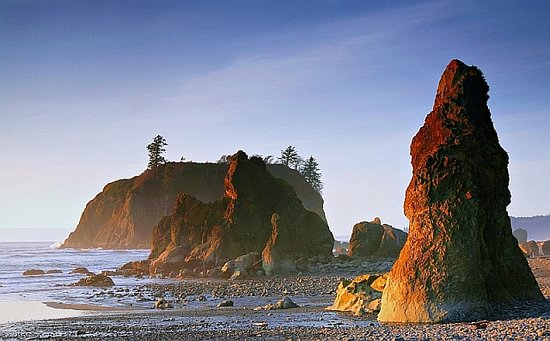 If you’re looking for the best beaches near Seattle, then Ruby Beach will astonish you. Located within the Olympic National Park, take note that you’ll have to embark on a steep ascent to the beach, but it’ll be well worth it!

You’ll be afforded the opportunity of escaping the crowds here thanks to its remote position on the Pacific Ocean. It’s regarded as the jewel of the Northwest and would have to be a day-trip for you as it does require a 3-hour drive from Seattle.

Have an early flight? Grab a hotel near Seattle AIRPORT to have a stress-free time!

One of the More Alternative Seattle Beaches 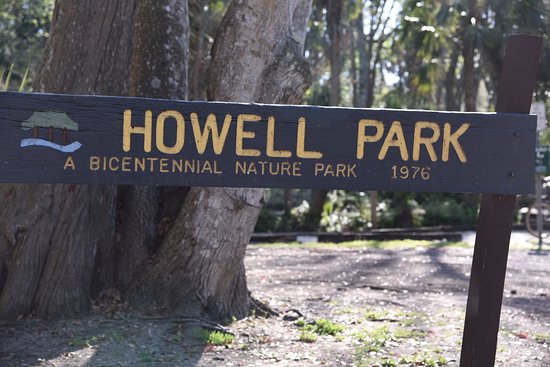 If you’re feeling experimental, and want a full-body tan, then this beach is your best bet. It’s located in the suburb of Madrona and is one of the quieter, more secluded Lake Washington waterfront beaches. You’ll have to walk through a planted footpath through the park in order to arrive at the beach lawn.

Given that Seattle is extremely inclusive and gay-friendly, this beach poses as a popular destination among the LGBTQIA+ community to bathe. Despite most visitors opting to go nude, it’s completely optional and up to you whether you keep your swimming clothes on or not.

A Fun Beach for all Ages 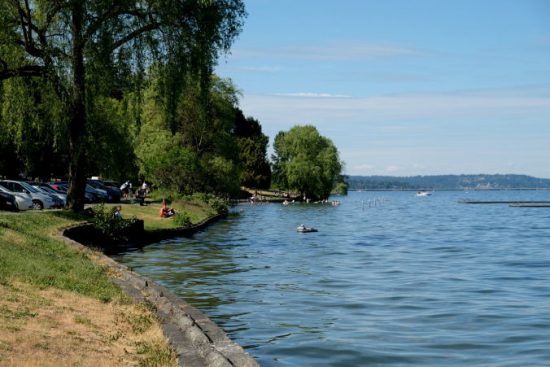 If you find that the nudist beach isn’t suitable for you, then take a 10-minute stroll along the shoreline to a neighboring park and beach, Madrona! This public beach is accessible for all bathers and is much busier than Howell Beach. It’s also accompanied by lifeguards in the designated swimming areas in summer.

Situated on the Eastern banks of Lake Washington, its amenities include picnic tables, swimming rafts and bathhouses. The park consists of winding ravines through which you’ll walk to arrive at the waterfront.

Not sold on Seattle? There are some incredible things to do in Seattle that won’t believe! 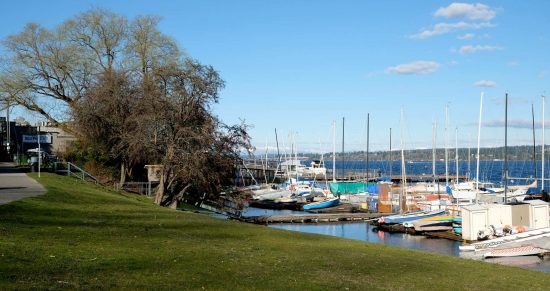 Surrounded by rolling green hills that contain plentiful plantlife; exotic and indigenous. It’s located in the city’s suburb of Leschi and is dispersed with woodland trails that run along the coast-line.

Boaters love to frequent on this part of the Lake Washington Boulevard. The park is situated on a slope that allows for awesome vistas during the sun setting against the Eastern section of the Lake. The park occupies 7.5-hectares of land. 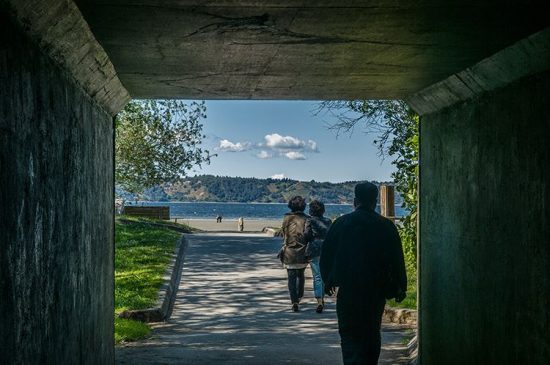 A 1.5-hour drive out of Downtown Seattle, this park has an area of almost 400-acres! And it extends onto the Puget Sound, where you’ll find the Dash Point Beach. Here you’ll be able to kayak, fish and swim without hassle. You could also try out the popular sporting activity of skimboarding here, which brings about many competitions that are held at the beach.

Even though you have to drive here, the drive is extremely scenic, plus you can camp here! It is a popular State Park for residents within the Seattle area due to proximity to and positioning on the sound’s edge.

Like good weather? These are the best times to visit Seattle! 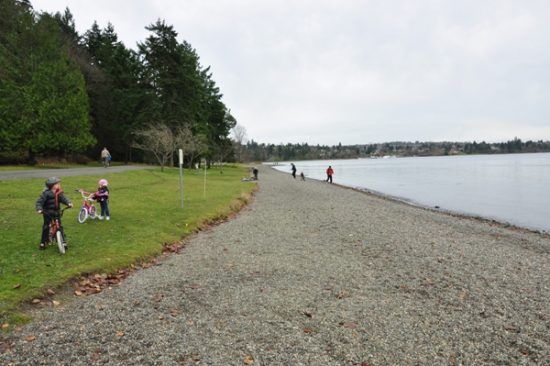 Seward is a municipal park, only 20-minutes away from Downtown Seattle, but still within the city’s parameters. It is split into three sections of shoreline – Andrew’s Cove covers 15-meters of shoreline, and further North Bailey Peninsula also occupies 15-meters. At the Park’s Southern edge, another 5-meters of shore-line awaits.

This beach is also popular among boaters, yet take note that the Peninsulas have restrictions for what boats are allowed. Each beach is accompanied by luscious forest greenery and tall trees that offer great shade from the hot sun.

Primely positioned in Lake Washington’s North-Western segment, this is definitely a beach you don’t want to miss if you love space. The shoreline extends for 30-meters, which tops most beaches in the city by far!

With space comes tranquility as this beach never gets overpopulated or crowded as the other beaches do. It is situated in North Seattle and has playgrounds for the children for when they are not swimming.

One of the Best Puget Sound Beaches 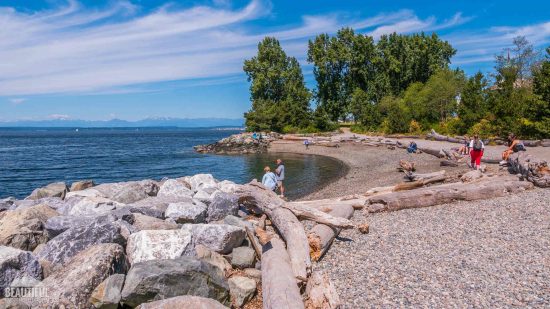 This lovely, less-frequented beach winds alongside the Elliot Bay. It’s only a 7-minute drive from Downtown Seattle, or if you’re feeling active, a 30-minute walk. Either way, jumping in the water as you arrive is an inviting reward.

This waterfront area also bears an intriguing sculpture park. The 1.2-mile stretch varies between sandbar shorelines and rocky shorelines, but you’ll certainly find a suitable one for yourself. If you’re looking for really close Seattle public beaches, this is where you need to be. 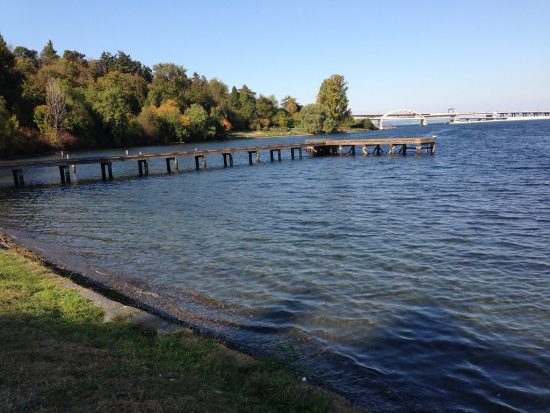 Nestled among a forest of Maple Trees, this inner-city park is on the banks of Lake Washington and offers great swimming opportunities. Located in the center of a forested city park, this beach has 24-hour lifeguards and offers a mix of shade and sun.

It contains a T-shaped fishing pier, diving board and groomed grass to laze/sunbathe on. If fishing isn’t your forte, you could also use this pier as a diving board to jump in the waters. 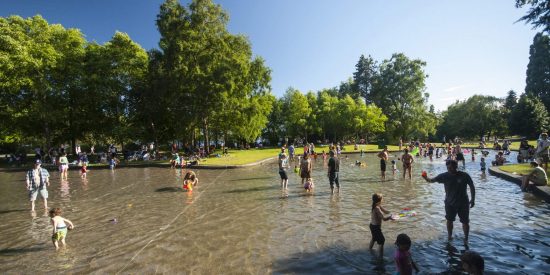 This park became part of the Olmsted Brothers parks scheme and was received by the state of Washington. Here, you can swim in the Lake’s north end, or rent a paddle-boat and cruise down the water.

But if swimming in the lake is not what you’ll feel like, there’s an indoor pool for you to enjoy instead. Given its prime position, this small beach does get busy, so be sure to arrive early! 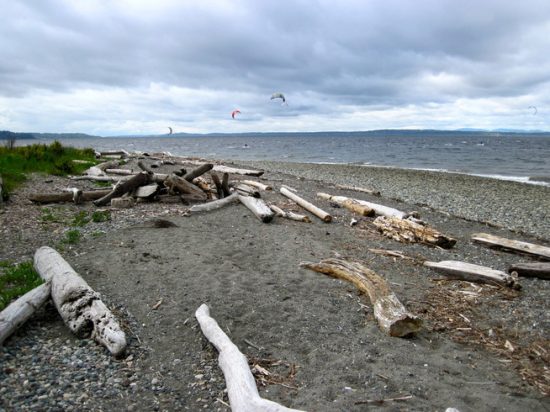 Just south of Edmonds Ferry Terminal lies a completely different setting. The park offers easy access to the beach that expands onto the Puget Sound. You may even get the opportunity to see rare birds such as Herons here, so keep an eye out!

There are picnic areas and the beach is a mixture of sand and cobbles. The beach is located at the bottom of a steep slope, right on the edge of the park.

Next time you find yourself looking for ocean beaches near Seattle, look again! You’ll need to adjust your visors because, while the Puget Sound does originate from the Pacific, it blesses Seattle’s residents with calm waves and ideal swimming opportunities!

If a mix of saltwater and freshwater doesn’t appeal to you, you can just go to the other side of Seattle and swim in Lake Washington. Take note, however, that not all the parks are open 24/7, with the most common opening time-frame being between 4:00 am – 11:30 pm daily.